Protests for police reform and racial justice continued for the third consecutive weekend in Indianapolis.

A group rallied at Monument Circle late Saturday morning, and another group met in the afternoon on the city's northwest side -- near the site where 21-year-old Dreasjon "Sean" Reed was shot by an Indianapolis police officer on May 6.

Since May 29, Indianapolis protesters have taken to the streets to demand reforms at the Indianapolis Metropolitan Police Department, in part due to the death of Reed.

A Celebration of Life

About 100 people attended a peace rally and celebration of Dreasjon "Sean" Reed's life Saturday evening, on the city's northwest side. The event, held next to the site where Reed was killed on May 6, was described as a way to remember Reed and to "stand together for all of the families that have been affected due to police injustice and police violence."

Joshua Griffin organized the event at 62nd Street and Michigan Road. He said he wanted it to be a celebration of life, to bring people together.

"Let’s try and bridge the gap within our community first so, when we do stand together, unified, our voices are impacted stronger than they are individually," Griffin said.

More than 100 people at the Celebration of the life of Dreasjon Reed. There is a makeshift memorial at the site where Reed died. pic.twitter.com/BErwo19y1S

The family of McHale Rose also attended Saturday. Rose was shot and killed by police eight hours after Reed. Police say Rose shot at officers as they responded to a burglary call. Officers also say Reed shot first, the day he was killed, though his family says they have proof that is untrue. At the time of this report, IMPD has not released more information.

Throughout the evening, attendees gathered near a makeshift memorial established at the site. People ate and danced, and many in the crowd wore shirts that said "I am Dreasjon Reed."

"I am Dreasjon Reed. I am his mother. I am and will continue to fight for my son,” Wynn said.

Later in the evening, some moved into the intersection of 62nd Street and Michigan Road, blocking traffic as they chanted "Whose streets? Dreasjon's streets." Police diverted traffic in the area, to avoid the intersection.

Group at rally for Reed block the intersection at 62nd and Michigan. “Whose streets? Dreasjons street.” pic.twitter.com/vFWUPnHojb

It came a day after criminal recklessness charges were filed against 68-year-old Diane Goebel. Police allege Goebel struck several protesters with her vehicle on Monument Circle June 8. Organizers are angry that police allowed Goebel to leave the scene of the incident after it happened.

Mat Davis, the alliance's chairman, said people should not focus on Goebel, but rather the entire law enforcement system.

Indiana Racial Justice Alliance rallying at Monument Circle - teaching chant “defund them, refund us” - calling for some of city’s IMPD police budget to be reinvested into new community supports. “We want to fundamentally change the force forever.” pic.twitter.com/ue15fnSAgZ

The group has a number of demands related to IMPD, including wanting the city to reduce the budget of IMPD and reinvest the funds in areas that can improve public safety, like mental health, education, parks and transit.

The protesters chanted “defund them, refund us” as they marched around the circle.

“We want to fundamentally change the force forever," Davis says.

Before the march began a man stopped his vehicle on the circle and began arguing with some marchers. He shouted, "all lives matter." Some protesters advised others not to engage with him. He got back in his van and drove off. 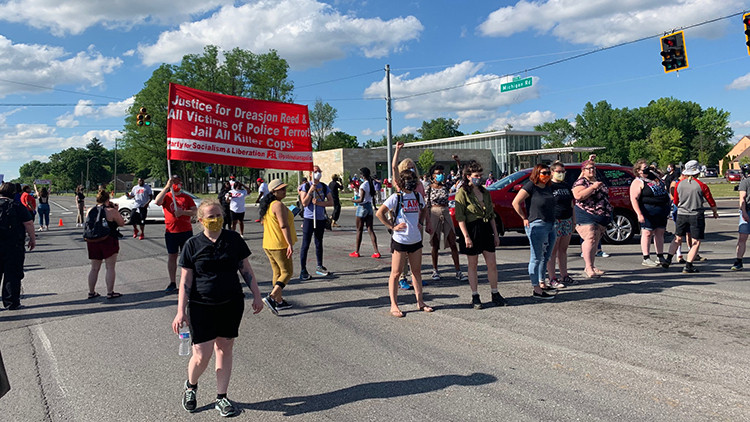 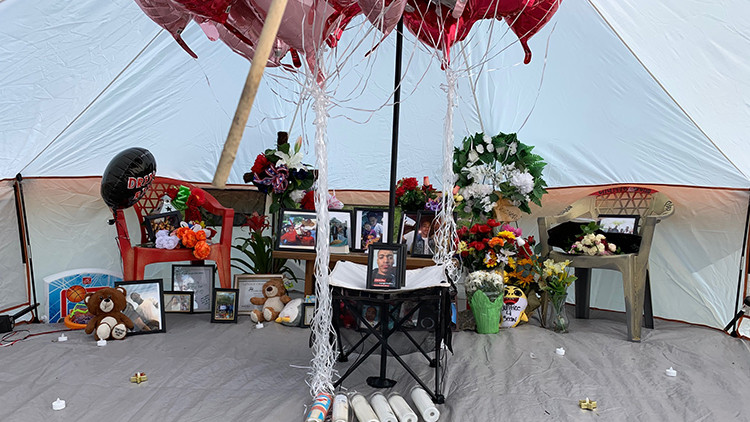 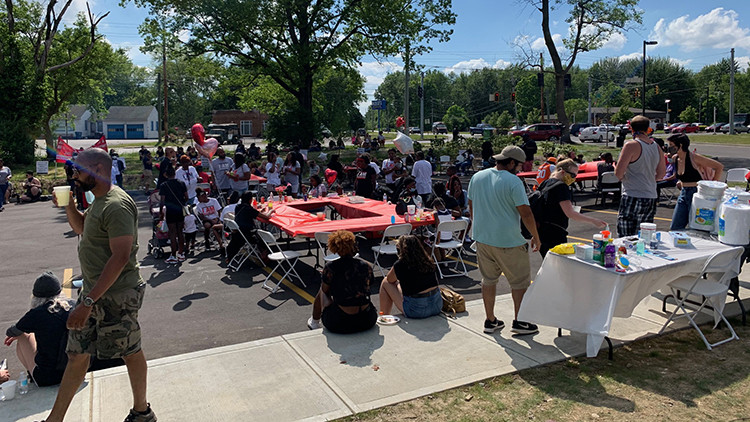 Tags:Indianapolisprotestsracial justicepolice reformIndiana Racial Justice AllianceDreasjon ReedIndianapolis Metropolitan Police Department
Support independent journalism today. You rely on WFYI to stay informed, and we depend on you to make our work possible. Donate to power our nonprofit reporting today. Give now.