Three out of every four Indiana jails are overcrowded, according to the Indiana Criminal Justice Institute.

The majority of sheriffs say their inmate population has increased significantly since the passage of a criminal code revision nearly four years ago. And some are trying to find local solutions before they’re hit with a lawsuit.

Sheriff Steve Rogers is surveying the construction inside Howard County’s old jail in Kokomo. Several metal bunk beds line the dusty room. Outside, construction workers are building a security desk. The space hasn’t been used in years. After it became overcrowded, a lawsuit was brought against the county and the space abandoned.

The newer, larger jail is just blocks down the street, and getting more crowded every day.

The bunks in the old building are all empty now, but won’t be by the first of the year.

“They’re working at their jobs, they’re paying their own way and the community isn’t having to pay for their room-and-board, so to speak, at the jail,” Rogers says. “I think that’s just a win for everybody.”

It’s soon to be a work release center – capable of housing 80 inmates eligible to live there instead of the jail. The center will also offer mental health and addiction services.

Rogers hopes that’ll help the current population problem, but the decision to send inmates there is ultimately up to the courts.

“You know, I think it’s very hard to predict,” he says. “We can make estimations – we’re hoping that right off the bat we get some people out of the jail, but it’s probably going to be an evolving process.”

Rogers says his jail has taken on about 60 more inmates on average since the passage of House Bill 1006 in 2014. The bill’s author – Rep. Greg Steuerwald (R-Danville) – says the criminal code was revamped to assure more certainty in sentencing.

That includes granting courts the ability to send lower-level felons to community corrections programs. The idea, Steuerwald says, is someone charged with drug possession (for example) could be sent to a county jail instead of state prison.

“The goal was to move nonviolent offenders who needed mental health and addiction services to community corrections,” he says. “Not simply take them out of DOC and put them in jails.”

He says many of the bill’s major points have been successful, such as the addiction recovery program, and ensuring different law enforcement groups regularly convene. But he admits it’s also increased some jail populations.

“We’re in the process right now with the Sheriff’s Association of gathering all the data from like 2010 to present,” Steuerwald says. “So we can look at all aspects of the effect of 1006.”

That data reveals 10-percent of all county jail beds are filled with those felony diversion cases.

According to an Indiana Criminal Justice Institute poll, nearly three-quarters of sheriffs say both their average jail population and how long inmates stay has increased significantly since the bill’s passage.

“I had a previous sheriff tell me a number of years ago that we deal with the negative part of society, so you need to try and be positive as much as you can,” says Carroll County Sheriff Tobe Leazenby.

He’s among those looking for local options to grapple with rising populations – but that can be especially difficult for rural jails that didn’t have much space in the first place.

At Leazenby’s facility, certain people have to be separated. That includes men and women, misdemeanor versus felony offenders and those who have been sentenced versus those who haven’t appeared in court.

But that’s a problem when the jail runs out of beds.

“In some of our areas, they sleep – not exactly on the floor – but they sleep on what we call ‘canoes,’” Leazenby says. “They’re preformed, plastic-type mattresses and they’re on the floor, because there’s no bunk available.”

If an inmate files a complaint, then a lawyer could turn it into a class action lawsuit with the potential to go to federal court. Then, a judge could mandate the building of a new jail using local funding.

So Leazenby says he’s trying to stay ahead of the curve.

“What I remind the council and commissioners of is that we can’t continue to kick the can down the road,” he says.

For years, his county has debated expanding the current jail or building a new one. Leazenby says the last time an estimate came in, the cost of each option was roughly the same.

Now, like many other sheriffs, he’s spending thousands of dollars a month shipping inmates to the few other county jails that have space for his prisoners. 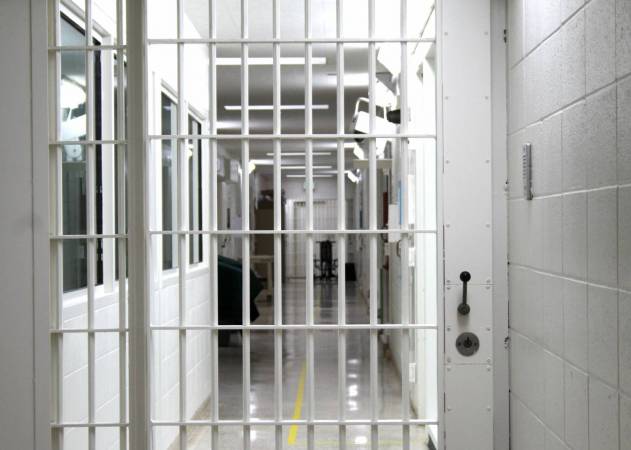 Tags:Indiana Criminal Justice Institutejail overcrowdingaddictionIndiana Sheriff's Association
Support independent journalism today. You rely on WFYI to stay informed, and we depend on you to make our work possible. Donate to power our nonprofit reporting today. Give now. 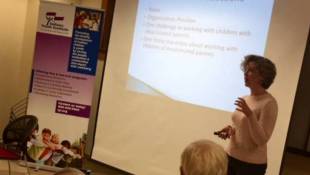 The mental, emotional and physical health of children and families can be impacted when a parent is incarcerated. 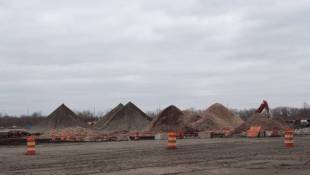 Indy Aquires Land For New Jail On Southeast Side

The city is pitching the jail as a catalyst for economic growth on the southeast side.