Hogsett, a Democrat, is considering a run for Mayor of Indianapolis, and Marion County Republican Chairman Kyle Walker says there is evidence that he started coordinating a campaign while he was U.S. Attorney.

Walker says if Hogsett started organizing his possible run for mayor while in his old position, he is violating the Hatch Act, which bars most federal government employees in the executive branch from engaging in partisan political activity.

Walker points out 11 instances over the past two years where he believes Hogsett is in violation.

"Within 24 hours of Hogsett announcing he would resign as U.S. Attorney, a coordinated, multipronged media blitz to draft him for mayor was initiated by several of his friends including a fully designed website and coordinated messaging from several, high profiled Democrats," said Walker.  "Are we supposed to believe that Hogsett hadn't been involved in the planning and coordination of this activity while he was still the United States Attorney?"

But, Marion County Democratic Chair Joel Miller says there is no validity to the claims, and believes the move is a way for Republicans to distract from Mayor Greg Ballard’s record.

"The fact is that we are hundreds of police officers down, homicides have spiked in Indianapolis the way they are not spiking in other cities and Ballard says more cops on the streets is a silly proposition," said Miller.  "If I had his record and the last few weeks that he's had, I'd try to distract the public, as well, probably."

Director of the Institute for Civic Leadership and Mayoral Archives at University of Indianapolis Ted Frantz thinks as of now, Republicans do not have enough evidence to back up their accusations.

"It wasn't as if the Republican Party could point to smoking or something that immediately would be verifiable and stand out," said Frantz.  "Maybe there is more to come, but from what I am able to ascertain at this point, it's kind of seems hard to fathom that there might be actually enough there."

Marion County Republicans say they are strongly considering bringing the case to United States Office of Special Council for an investigation.

Hogsett hasn't officially announced he is running for mayor, but has launched an exploratory committee.

Tags:Election 2016Joe HogsettKyle Walker
Support independent journalism today. You rely on WFYI to stay informed, and we depend on you to make our work possible. Donate to power our nonprofit reporting today. Give now. 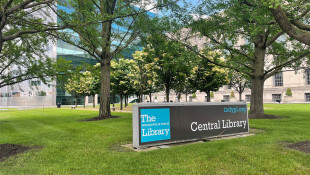 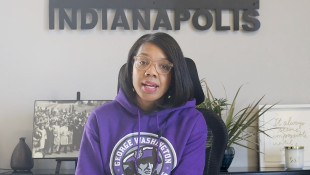 The new funds were to help pay for a sweeping remake of academic and other offerings for elementary and middle school students.