The move comes after the FBI launched a probe into the matter and has interviewed several GOP lawmakers.

Lafayette-based Mulhaupt's Inc. was the only company that was qualified to handle industry security permitting for producers of the liquid used in vaping devices.

The company approved only six companies to produce. Company President Doug Mulhaupt said in a statement that he cooperated with authorities. No one has been charged.

Republican state Sen. Randy Head says the state — not a private company — ought to be in charge of regulation. He is sponsoring a measure that will overhaul the law.

Tags:vapingRandy HeadE-cigarettes2017 legislative sessionMulhaupt's Inc.
Support independent journalism today. You rely on WFYI to stay informed, and we depend on you to make our work possible. Donate to power our nonprofit reporting today. Give now. 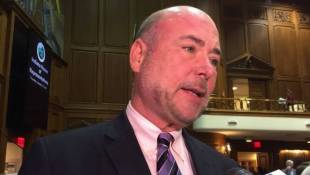