TOLEDO, Ohio (AP) — A commission that watches over the Ohio River's health across six states may give up setting pollution standards for the waterway, raising concerns it would weaken protections for a source of drinking water for 5 million people.

The Ohio River Valley Water Sanitation Commission is expected to decide this year whether to leave the responsibility of setting water quality standards up to the individual states along the 980-mile river.

That would allow each state to set its own guidelines for pollutants and waste water discharges from factories and sewer systems as long as they meet the minimums set by the federal Clean Water Act.

Some drinking water utilities are against the idea while environmental groups worry it will create confusing and disjointed regulations up and down the river.

"How do you have two sets of standards for two states on opposite sides of the river," said Gail Hesse, director of the National Wildlife Federation's Great Lakes water program.

The 27-member commission, which has representatives from the six states next to the river as well as from New York and Virginia, has said this is one of several possibilities being considered and nothing has been decided.

However, it also said most of its members now are in favor of ending its role of setting pollution control standards.

"We won't move forward with a change that would weaken water quality," said Richard Harrison, the commission's executive director.

Those within the commission who back the idea believe that its role setting pollution standards is redundant because states already are setting and enforcing their own rules for waterways and because the U.S. Environmental Protection Agency has its own guidelines, too.

Shifting the role of setting pollution standards to the states, supporters say, would allow the agency to concentrate on existing efforts that include monitoring water quality and aquatic life, responding to spills and river cleanup.

An advisory group representing chemical and manufacturing plants along the river backs giving pollution oversight to the states, saying that the commission's current standards are an "increased burden on the regulated community with little or no added value."

But another advisory group made up of drinking water utilities is opposed because it says the commission's standards includes water quality protections that aren't covered by state and federal rules.

The commission is expected to decide in June whether to move forward with the proposal and then would make a final decision in the fall.

Tags:Ohio RiverwaterOhio River Valley Water Sanitation Commission
At WFYI, our goal is to cover stories that matter to you. Our reporting is rooted in facts. It considers all perspectives and is available to everyone. We don't have paywalls, but we do need support. So if unbiased, trusted journalism is important to you, please join us. Donate now.

How Can Cities And You Prepare For More Flooding Due To Climate Change?

Climate change in Indiana will mean more rain in the winter and spring. Because there are fewer plants at that time of year to soak up all of that water, that will mean more flooding.
Read More 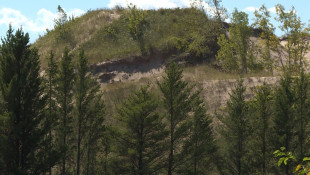 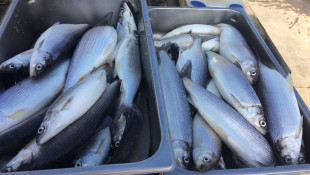