It was a dream of Hancock County farmer Jonathan Lawler to open a grocery store selling his produce in an under-served neighborhood. That dream has become a reality with a new grocery near East 10th and North Rural streets in a building that used to house Pogue’s Run Grocer.

Lawler, of Brandywine Creek Farm, says a grand opening for the Healthy Harvest Market at Brookside is set for this week.

Lawler has donated more than 2 million pounds of produce in Central Indiana over the last three years. Tyson Foods recently named him one of its "Meals That Matter Heroes," giving him $100,000 continue his work.

Tags:Agriculturefood accessfood desertHealthy Harvest Market at BrooksideIndianapolis
At WFYI, our goal is to cover stories that matter to you. Our reporting is rooted in facts. It considers all perspectives and is available to everyone. We don't have paywalls, but we do need support. So if unbiased, trusted journalism is important to you, please join us. Donate now. 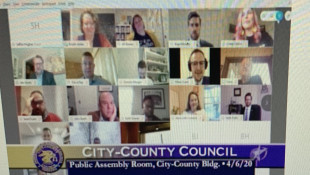 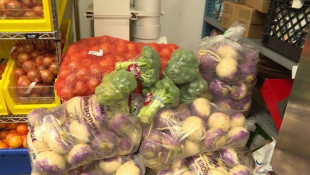 Indiana National Guard members have joined lines at nine food banks across the state to meet a need that has more than doubled.
Read More