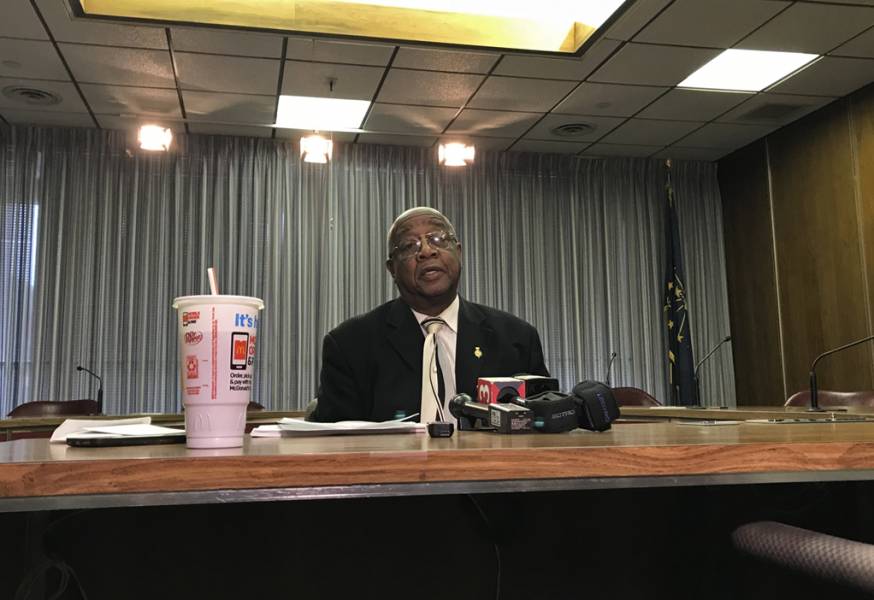 Councillor William Oliver says he wants to slow gun trafficking, and what he calls the “easy accessibility” of weapons in the community. (Photo by Drew Daudelin)

Oliver says he wants to slow gun trafficking and what he calls the “easy accessibility” of weapons in the community. The Council lacks power over the state to change gun laws, so Oliver’s proposal urges state lawmakers to discuss possible legislation.

Oliver says lawmakers should consider a ban on high-capacity magazines.

He also mentions a ban on assault weapons. He says he’s unable to define assault weapons, and is using the term loosely to get attention on the issue.

"I’m trying to be proactive, get out ahead of the homicides, that’s all," Oliver says. "And [if] we reduce the number of guns accessible, out here in the street, we think that we’ll see a downturn in homicides and aggravated assaults."

Oliver says the city will hold community events to collect public input on the issue. 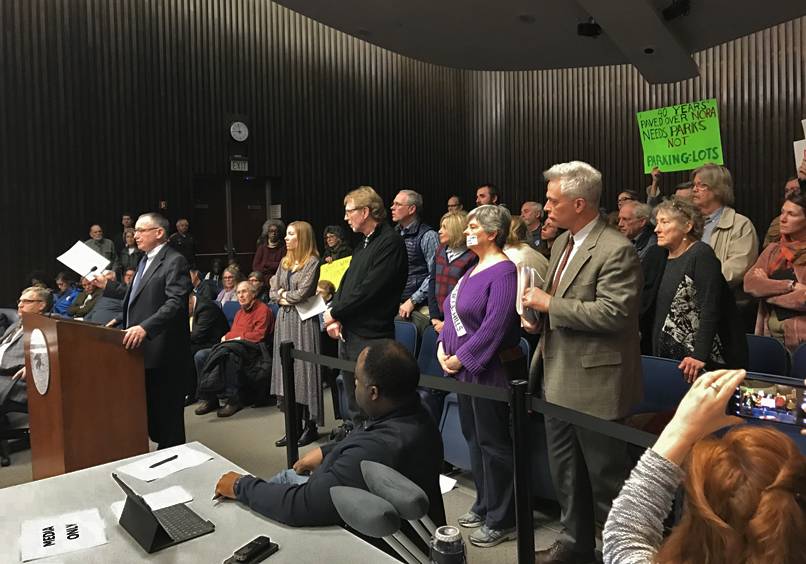 Russell Sipes, a lawyer representing the Driftwood Hills Neighborhood Association, says local residents have been excluded from rezoning negotiations on a wooded plot of land. (Photo by Drew Daudelin)

A group of residents involved in a controversial and complex zoning case in Indianapolis were denied their last chance to take part in negotiations.

Last year, Keystone Realty Group’s petition to develop on a wooded plot of land near the corner of Keystone Avenue and 86th Street, in Indianapolis's Nora neighborhood, was rejected. The group then negotiated a new plan, and began moving forward with it.

Russell Sipes, a lawyer representing the Driftwood Hills Neighborhood Association, says local residents have been excluded from the process ever since, and says they deserve a chance to weigh in.

“You did get a voice, even if you weren’t specifically…" Fanning said, interrupted by objections from the audience. "You did, yeah, you did. January 20th, March 4th, dozens of emails on my phone. There’s lots of communication that happened here.”

The council voted against holding a new public hearing on the negotiation. They moved straight to a vote, where they approved the latest renegotiation for the project.

The Council voted to adopt a bill that requires the administration and operation of county jail facilities be non-privatized beginning in 2023.

Tags:Indianapolis City-County CouncilDriftwood Neighborhood AssociationNora neighborhoodgun violencenon-privatized jail
Support independent journalism today. You rely on WFYI to stay informed, and we depend on you to make our work possible. Donate to power our nonprofit reporting today. Give now.