“We kinda just talked about it amongst ourselves, like ‘We've been getting a lot more calls,’” she says. In a normal week, Combs says she would maybe get one call  about STD testing. “Now that the news has broke, we’re getting 10 to 20 a day. We’re getting a lot of calls.”

Last Wednesday, the Indiana State Health Department declared an HIV outbreak in southeastern Indiana. All of the cases were linked to IV drug abuse, specifically of the powerful prescription narcotic, Opana. Since then, county health officials say the number of confirmed cases is up to 32 up from 26 at the time of the first announcement and they expect to see that number grow even more.

All this in a region that normally sees fewer than five new HIV cases a year.

Though the region has struggled with a crisis of opiate addiction in recent years, an outbreak of HIV is new and troubling. The Scott County Health Department doesn’t have the resources to test for HIV, so Combs has to refer callers to neighboring Clark County.

Dr. Kevin Burke is a health officer at the Clark County Department of Health, where a team of health workers is facing the difficult task of tracking down people who may have contracted HIV.

“You know, these people feel suspicious. They feel paranoid," Burke says. "Sometimes they are reluctant to reveal their contacts.”

He says something that will further complicate the tracing process is that a couple of the HIV-positive cases are linked to commercial sex work, meaning the virus could have spread outside the circle of known drug users.

“Commercial sex workers don't keep a ledger of clients,” Burke says. “Maybe there are hundreds of people that have been exposed to HIV within the last two to three months in the Scott County area.”

The State, so far, has sent one person to the Scott County Health Department to start HIV testing, and more are expected to help out with the tracking effort.  Those state workers may be necessary reinforcements, as Burke expects the number of infections to grow to as many as 150.

While health workers are currently focused on finding people who may have been exposed to HIV, stopping its spread is also a high priority, one that some say isn’t getting the attention it needs.

Some states allow clean needle exchanges, where addicts can turn in their used syringes for new ones. They’ve been shown to be effective in reducing rates of infection, and have the backing of the American Medical Association. But Scott County won’t get a needle exchange anytime soon anytime soon because they’re  not allowed in the state of Indiana.

The state initially offered to provide health officials in the region with harm reduction kits supplies of bleach and instructions for cleaning syringes which would hopefully help contain the virus.  But, county officials now say that the State has backed off of that promise.

The Indiana State Department of Health didn’t respond to requests for comment.

For Combs, the HIV outbreak is a reminder that the county has a long way to go to beat it's drug problem.

“We thought we were doing a better job than we are, I guess,” she says. “Outbreaks are horrible. But an outbreak of this it's impossible.”

Combs and Burke hope that even after the crisis is contained, the attention it has brought to the area will allow health officials to finally address some of the outbreak’s underlying causes.

The problems of drug abuse and a lack of clean needles still remain. 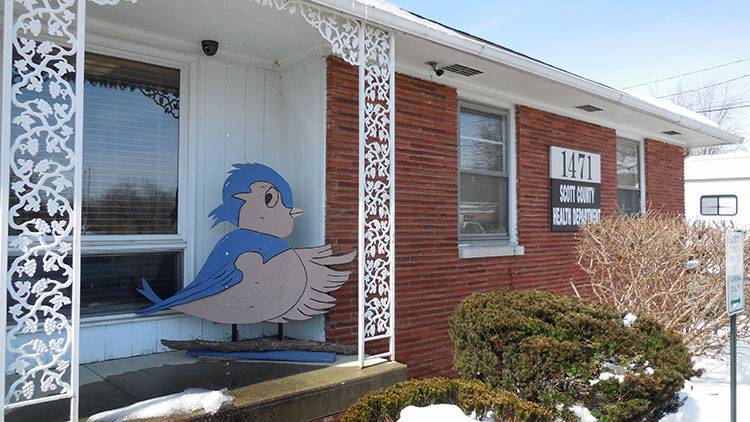 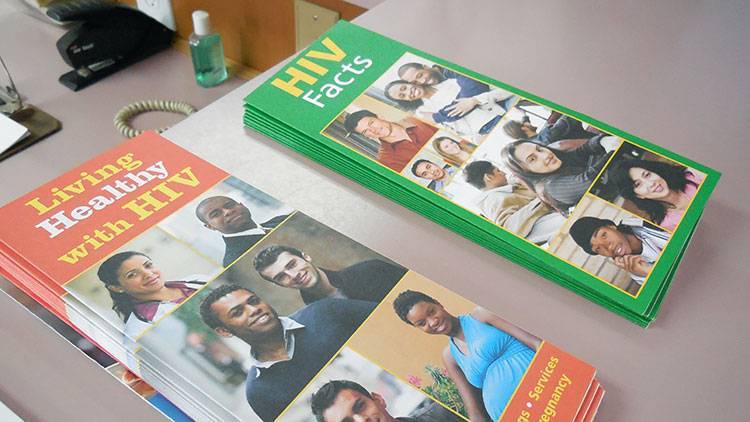 Tags:HIVScott CountyHIV outbreak
At WFYI, our goal is to cover stories that matter to you. Our reporting is rooted in facts. It considers all perspectives and is available to everyone. We don't have paywalls, but we do need support. So if unbiased, trusted journalism is important to you, please join us. Donate now.