Tuesday was primary election day in cities across the state. With 99.64% percent of Marion County's vote centers counted, Indianapolis Mayor Joe Hogsett held a strong lead over opponent Denise Paul Hatch with 83.85% of the vote, and declared victory to run for re-election.

State Sen. Jim Merritt held a similar lead over his two challengers, and claimed his spot as Hogsett’s Republican opponent in the November race. Merritt’s campaign focused heavily on infrastructure – the senator blames Hogsett and his team for potholes that have plagued the city in recent years.

In a statement from Hogsett on election night, the mayor touted his administration’s plan to spend $400 million on infrastructure over the next four years. He also highlighted its push to grow the city’s police force and a return to beat policing.

Most Indianapolis City-County Council races were uncontested. Councilor William Oliver of District 9 won the tightest race for a council candidacy by beating one of three challengers, Leigh Evans, by just 4.44% of the vote.

Other incumbents who were challenged also held their spots. Democratic Councilors Monroe Gray of District 8 and La Keisha Jackson of District 14 won their races with wide margins.

In the Republican primary for City-County Council, Doug Wood won the race for District 24 with 54.74% of the vote, narrowly beating Thomas Vaughn.

Marion County officials say voter turnout was around 8.57% – that's 53,868 voters out of the 628,541 who are registered to vote. This was the first year Marion County citizens could vote at any one of 277 voting centers in the county, thanks to a new satellite voting program.

Tags:Jim MerrittJoe Hogsett2019 primary election
Support independent journalism today. You rely on WFYI to stay informed, and we depend on you to make our work possible. Donate to power our nonprofit reporting today. Give now. 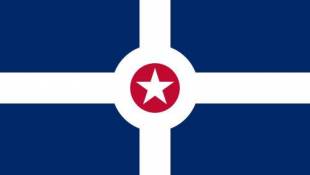 Here are the unofficial results of the 2019 Indianapolis primary election, with 98% of the Marion County voting centers counted.