“We’ve taken the two-week approach because it gives us – we’re more nimble to be able to address the executive order in its entirety,” Holcomb says.

Holcomb says he’ll announce new changes to the order Monday, which could include some of what other states have done – like limiting the number of people allowed in stores.

Holcomb also announced the state has been granted a major disaster declaration, which gives the state access to additional federal funding – including reimbursements to the Indiana National Guard.

The Indiana National Guard has established a site survey team to potentially expand the state’s hospital capacity ahead of an anticipated surge of COVID-19 cases.

“The goal is to collect quickly, assess, and determine how best to expand Indiana’s hospital bed capacity, if needed,” Lyles says.

No specific facilities have been selected as of now. But Lyles says the Indiana State Department of Health has identified potential surge locations, which is where the Guard will start looking.

Tags:Eric Holcombstay at home ordercoronavirusCOVID-19
Support independent journalism today. You rely on WFYI to stay informed, and we depend on you to make our work possible. Donate to power our nonprofit reporting today. Give now. 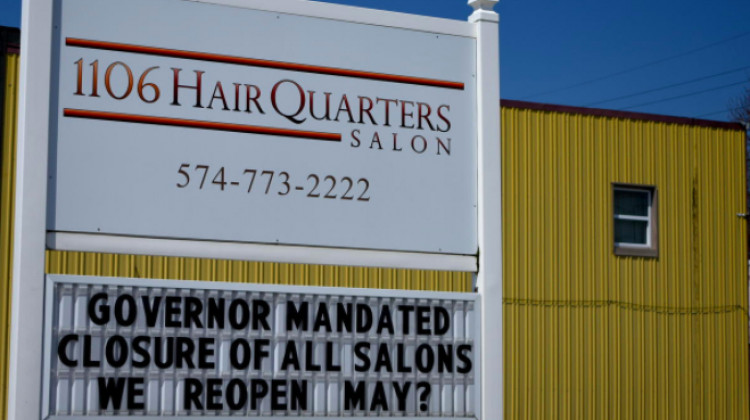 An Indiana lawmaker wants to ban state and local governments from ever again imposing many of the COVID-19 restrictions in place over the last year.
Read More

Indiana ranks as one of the worst states in the country for helping older people decide where they want to age -- at home or in a nursing facility.
Read More