Hundreds of educators listened quietly to the lieutenant governor just minutes after they’d given a standing ovation to his Democratic challenger John Gregg who pledged to "end the war" on public eduction.

Gregg has made education and his relationship with Superintendent Glenda Ritz a centerpiece of his campaign.

But so far, education has been a low-profile issue for Republicans ahead of the November election. Just last week the GOP candidate for state schools chief released a detailed plan.

Holcomb proposed boosting funds for special education and English language learners during a short speech at the Indianapolis Convention Center.  Deciding how to pay for any new programs would be hashed out in the upcoming legislative session when the next two-year budget is set, he said later.

Holcomb also pledged to find solutions to some of the issues that plunged the state’s education oversight into political fights and caused unease and anger from classroom teachers.

“Anyone can come up with a plan, but the difference is how you execute it,” he said during the Indiana School Board Association/Indiana Association of Public School Superintendents 67th annual conference. “So please know this plan is much more than words on a paper but a to do list.”

He described his approach as layered -- from building on Pre-k to collaborations with state colleges and businesses to boost high school STEM learning and retrain out of work adults for new jobs.

Holcomb become lieutenant governor in March after Sue Ellspermann stepped down to be the president of Ivy Tech Community College. He was a top aide to former Gov. Mitch Daniels.

Here’s a look at some of his "Excellence in Education & Workforce Development Plan":

Holcomb wants to expand the state's current preschool program for the poorest families by using a combination of federal, state and private dollars. But he stops short of seeking free universal Pre-k because of the cost -- he estimated that would be $500 million.

“I’m all in for Pre-K and believe it should be administered in an affordable and responsible way,” he said.

Earlier this year Gov. Pence signaled interest in using federal money to expand the state-funded “On My Way Pre-K” program. Two years ago he denied the Department of Education from applying for similar federal funding.

The program has benefited 2,300 low income families of three and four years old in five counties during the past two years. A coalition of universal Pre-k proponents, including Gregg, say the program is just too small to meet the demands of the state’s 92 counties.

Holcomb says parents deserve having an “education eco-system” of public, private, charter, and home schooling options that they can chose from.

Though Holcomb is “open to conversations” about how traditional public schools could be impacted financially when a student leaves the school for a charter school or opts to use a voucher to attend a private school.

“At my very foundation I think that parents can best determine where their child can meet their needs and they ought to be able to have the authority to do that regardless of their zip code,” he said. “Therefore I think the menu of different options that we have here in the state of Indiana need to be supported. There needs to be options. They should not compete against one another."

Holcomb wants teachers be compensated in a way that “incentivizes them to stay in the classroom.” He did not explain if a new type of bonus -- teachers rated as top performers are already given small annual bonuses -- or if another method would be considered.

“We will work to attract the very best in this prestigious profession by treating educator as professionals and equipping them with the resources and autonomy needed to succeed in the classroom,” he said.

Holcomb reinforced his support for shorter standardized tests, calling for an end to “over testing” -- a stance Gregg has also taken.

Annual exams, he said, need to test capacity of what students have and have not learned during the school year.

“We need a shorter test with quicker results so it is meaningful,” he said.

Jennifer McCormick, the GOP candidate for State Superintendent of Schools, favors a grading system similar to a student’s report card with multiple grades.

Holcomb wants Indiana to offer the "best" K-12 education in the country, inculding having the top percentage of high school graduates. Indiana has the seventh-highest rate in the country at 87.9 percent, according to a 2015 federal report.

“I want to incentivize school districts to partner with state colleges and businesses," he said.

Tags:Election 2016John GreggEric Holcomb
Support independent journalism today. You rely on WFYI to stay informed, and we depend on you to make our work possible. Donate to power our nonprofit reporting today. Give now. 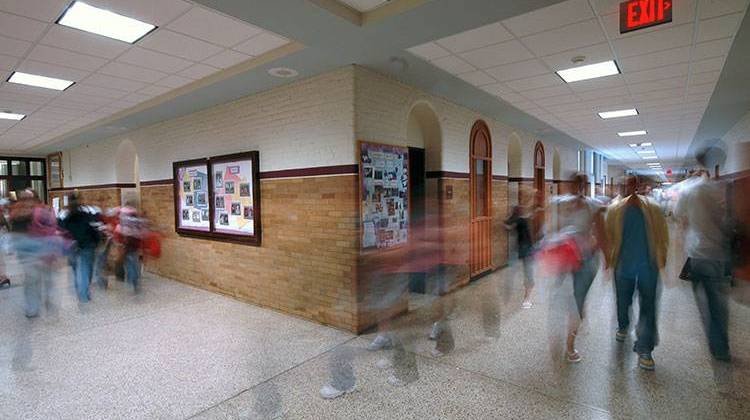