Republican Eric Holcomb will become Indiana’s 51st governor. The Associated Press called the race for Holcomb as he led Democrat John Gregg 52 percent to 45 percent, with about 58 percent of the precincts reporting.

Holcomb’s victory marks the fourth consecutive win in the governor’s race for the GOP. He will replace Republican Mike Pence, who left a re-election bid to run for vice president alongside Donald Trump.

"We’re going to keep Indiana on the right trajectory because folks, you ain’t seen nothing yet. Thank you all – let’s make some history,” Holcomb says.

The state Republican Party chose Holcomb to replace Pence on the ballot in July.

Holcomb, the current lieutenant governor, was appointed to that position in March after former Lt. Gov. Sue Ellspermann left the job to seek the presidency at Ivy Tech.

Before his gubernatorial victory, Holcomb had never won an elected office. He’d only run two races – a campaign for state representative in 2000 and an abbreviated run for U.S. Senate earlier this year.

The bulk of Holcomb’s experience is behind the scenes of government. He served as former Gov. Mitch Daniels’ political director and state chief of staff for U.S. Sen. Dan Coats. He also led the Indiana Republican Party as chairman.

Holcomb and Gregg differentiated themselves on issues of road funding and education. While they agreed on goals in those areas – a long-term infrastructure plan and expanded access to pre-kindergarten – they differed on the details.

In education, Holcomb’s pre-kindergarten plan calls for limited expansion within the current framework of the state’s pre-k pilot program. Gregg proposed statewide access to pre-k in the next few years.

In his concession speech, Gregg called for unity in the state.

“Tonight we’re all Hoosiers and tomorrow as the dust of this election settles, the wounds begins to heal and we’ll still all be Hoosiers,” Gregg says.

Suzanne Crouch will become the new lieutenant governor. Prior to her run with Holcomb, Crouch served as a state lawmaker before becoming Indiana’s state auditor.

Tags:Election 2016Eric Holcomb
Support independent journalism today. You rely on WFYI to stay informed, and we depend on you to make our work possible. Donate to power our nonprofit reporting today. Give now. 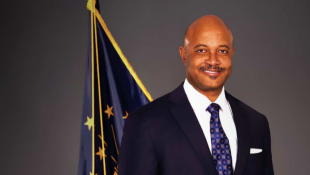 Republican Curtis Hill Will Be Indiana's Next Attorney General

The Republican has served as the Elkhart County prosecutor since 2008. 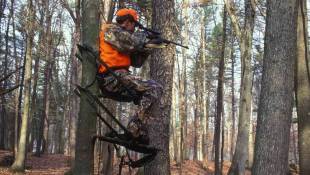