Hoosier Lawmakers React To State Of The State Address

INDIANAPOLIS -- Republican legislative leaders say Gov. Mike Pence was clear in his State of the State about the necessity of protecting religious freedom when it comes to the debate over LGBT rights. Democratic leaders say Pence failed to provide any leadership.

“But the issue of whether the governor has to stand out there and say ‘I’ll do this or I won’t do that,’ I don’t agree with that," Long said. "It’s very uncertain where this legislation is going.”

“It sent a message to me that he would be perfectly happy with us doing absolutely nothing,” Lanane said.

Tags:Mike PenceTim LananeIndiana Senate DemocratsIndiana Senate RepublicansState of the State AddressLGBT rightsDavid Long
Support independent journalism today. You rely on WFYI to stay informed, and we depend on you to make our work possible. Donate to power our nonprofit reporting today. Give now. 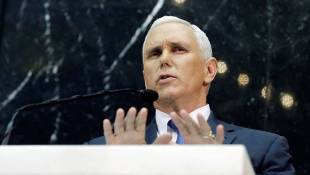 Full Text of Gov. Pence's State of the State Address 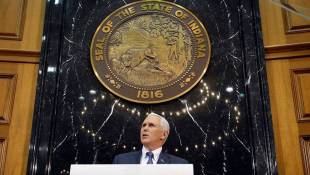