In the last few days of the legislative session, as lawmakers work out the final details of the budget, the proposed cigarette tax increase faces its last chance to pass.

The tax has been discussed since the beginning of the legislative session when the newly formed Alliance for a Healthier Indiana announced it as a top priority.

Indiana’s smoking rate is among the worst in the nation: More than 20 percent of adults smoke in the state, compared to the national average of 17.5 percent. One proven way to get people to quit is raising the cigarette tax, but advocates’ hopes are shrinking that they’ll convince lawmakers to increase the tax this year.

When advocates with the Alliance for a Healthier Indiana started lobbying, they cited data showing nearly 60,000 of Indiana’s more than 1 million smokers would quit if the state’s 99.5 cent per pack tax was raised by $1.50. Advocates were optimistic that this year lawmakers were listening.

But the effort to raise the cigarette tax for the first time since 2007 hit roadblocks: First, the proposal failed to make it into the Senate budget bill. A smaller, $1 per pack tax did make it through the House and is now under debate by lawmakers, but many in the Senate oppose the increase, and its chances appear dim.

Advocates say even a $1 increase in the cigarette tax could be valuable – if the revenue, more than $300 million annually by some estimates, is devoted to cessation and prevention. Indiana ranks 49th when it comes to public health spending and American Cancer Society’s Bryan Hannon says the state needs to invest now.

“I think we’re overdue,” Hannon says. “I think the last time we had any kind of public health investment was when we raised the cigarette tax and created the HIP [Medicaid] program so it’s really been 10 years since we’ve done anything significant to focus on Hoosier health.”

But in the final budget battles of the legislative session, the movement’s high hopes are even lower. Even if the tax survives, it seems unlikely that any money will go towards public health. For instance, there’s been some talk of diverting a reduced tobacco tax to pay for infrastructure updates.

“It’s puzzling because [tobacco use] is the leading cause of preventable death—and we know how to address the problem—but it’s as if we’ve been systematically turning out back on it.,” says Paul Halverson, the founding dean of Indiana University’s Richard M. Fairbanks School of Public Health.

He says tobacco use is the leading cause of death in Indiana, killing more than 11,000 people each year.

“We know public health will make a difference but we choose not to spend money on public health,” Halverson says.

Even if an increase in the cigarette tax passes, a smaller tax increase may not get as many people to quit, and it taxes those who can least afford it, says Republican Rep. Ed Clere, who now opposes the tax.

Moreover, if Indiana raises the cigarette tax and uses the money for anything but public health it’s missing an opportunity “that may not come around again for years,” Clere says.

“If we’re going to raise the tax it’s even more important that we target prevention and cessation resources to those populations,” Clere says. “If we’re going to do it we need to do it right and make sure that Hoosiers receive maximum benefit for the increase.”

Some of the tax’s other original supporters now say they can’t support the tax if it’s too small and the funds generated from the tax go to roads.

Monique French, director of tobacco control and advocacy with the American Lung Association says Indiana spends more than half a billion dollars yearly in Medicaid costs for illnesses related to smoking. She worries the tax isn’t big enough.

“Basically if you do something at 60 cents, that’s just a revenue generator it’s not going to do anything for the health of Hoosiers,” French says. “We need to have a significant increase.”

A smaller tax would also be offset with rebates and offers from tobacco companies to keep people smoking, she says.

“The tobacco industry will come back and coupon so we won’t see the health effects that we need to drive down Medicaid costs,” French says.

Though smoking rates have declined nationally in the last decade, it remains the leading preventable cause of disease and death in the U.S. smoking rates tend to be especially high among Medicaid recipients.

And waiting could have major repercussions on Hoosier health, French says.

This story was produced by Side Effects Public Media in collaboration with Indiana Public Broadcasting. 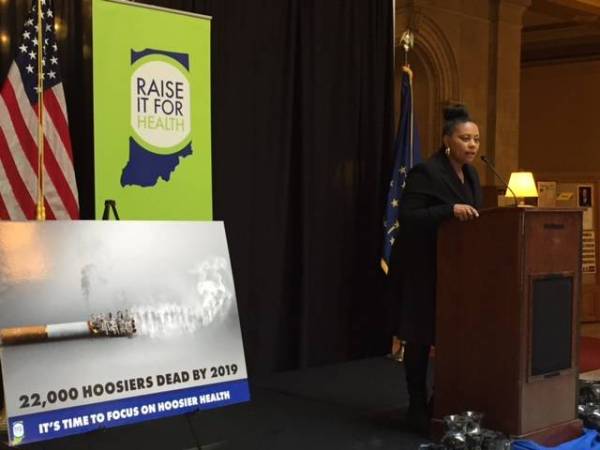 Tags:cigarette tax2017 legislative session
Support independent journalism today. You rely on WFYI to stay informed, and we depend on you to make our work possible. Donate to power our nonprofit reporting today. Give now. 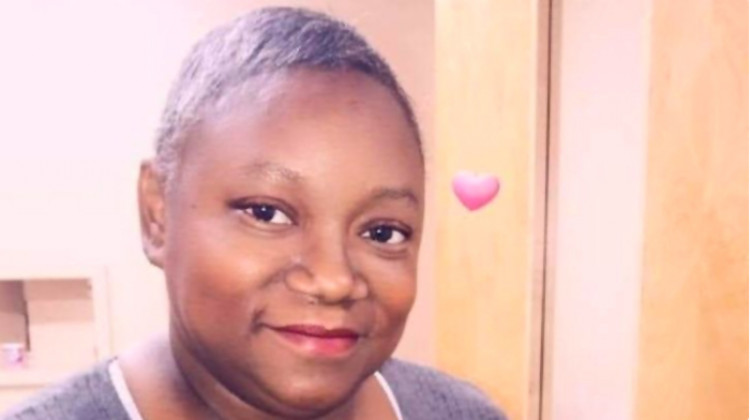