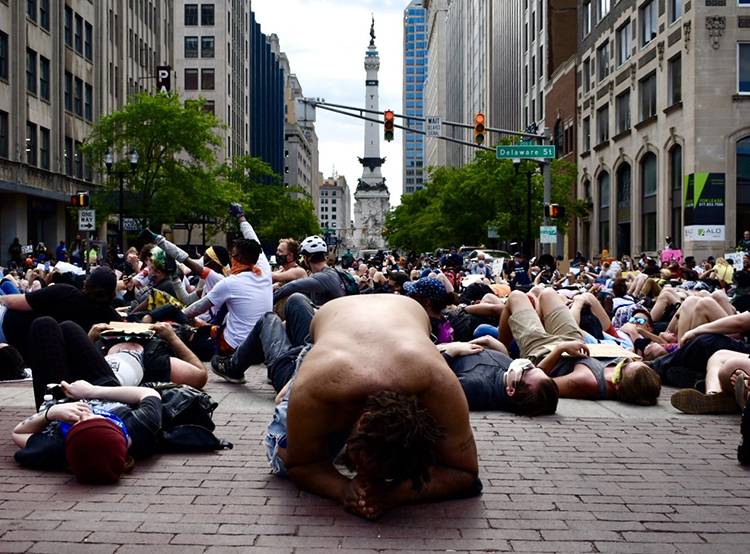 Hundreds of people gathered in downtown Indianapolis Tuesday evening to protest police brutality and racial injustice. After protest organizers asked the crowd to disperse, more than 100 remained to continue marching through downtown past curfew.

The group gathered on Monument Circle around 5:30 p.m. Tuesday, and after some instruction from organizers, marched to the City-County Building. Once there, they held a "die-in," laying down on Market Street.

As they stood, participants chanted “I can’t breathe” mixed in with “If we don’t get it...vote them out!”

Protesters are holding a die-in in front of the City-County building in Indianapolis.

It's a voting center. pic.twitter.com/HRSQ94MWcx

From the City-County Building protestors marched to the Indiana Statehouse, where there a brief standoff with police and the Indiana National Guard.

And now the south side of the statehouse. Shouting feels more desperate and a few extra police / guard showed up. pic.twitter.com/zF3rMWEeA8

The march continued peacefully and wound back to Monument Circle a short time later where the protest continued on the steps of the Soldiers and Sailors Monument.

Protest organizers asked the crowd to disperse ahead of the curfew. But more than 100 remained to march around the city after curfew began at 9 p.m. The remaining demonstrators marched up to 10th and Martin Luther King Jr. Blvd., after leaving Monument Circle.

At MLK and Indiana. pic.twitter.com/HpzV1e7I07

The march continued south to University Park where it concluded peacefully around 10:15 p.m. 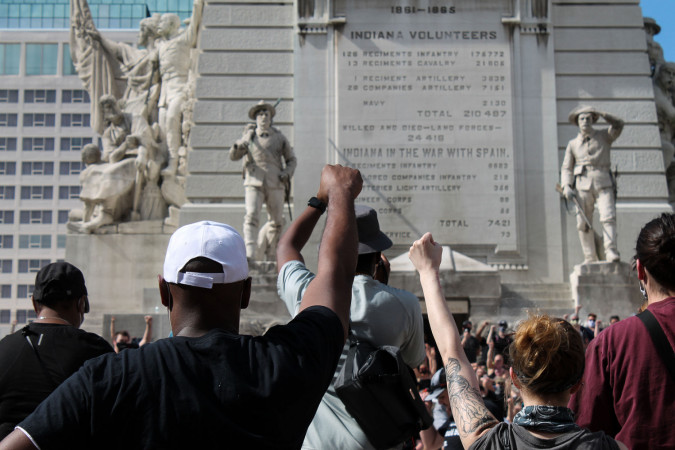 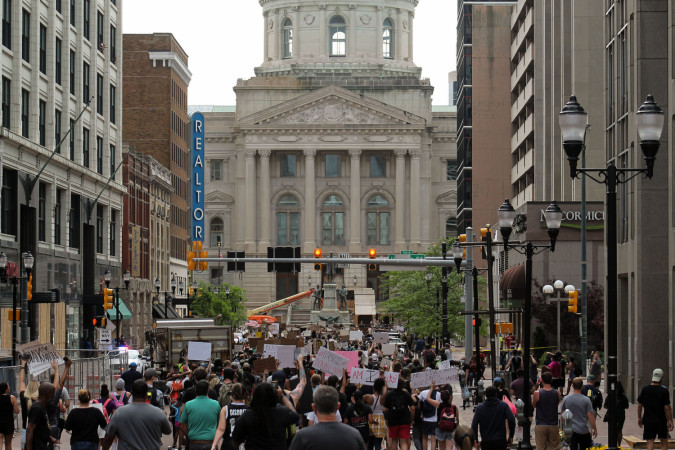 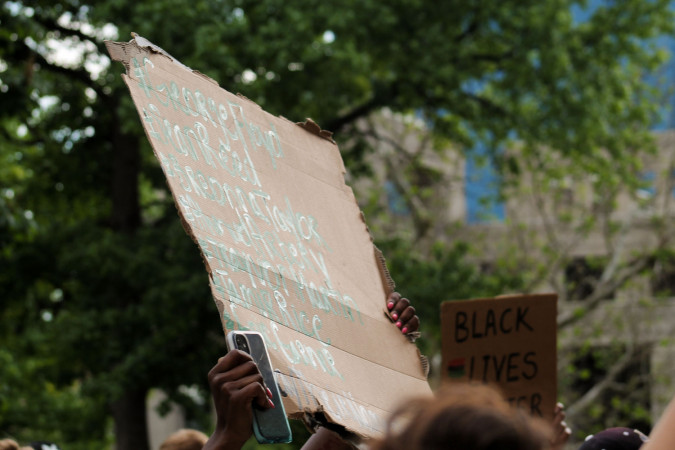 Tags:Indianapolisprotestsracial justice
Support independent journalism today. You rely on WFYI to stay informed, and we depend on you to make our work possible. Donate to power our nonprofit reporting today. Give now.