Crowds gathered around Monument Circle, Friday afternoon, for a Day of Unity rally.

The event was organized by the Indianapolis Metropolitan Police Department as a way to foster relationships with residents, and vow to reduce violence in the city.

The south side of the circle was packed with people. Most were wearing black T-shirts that are being sold in honor of Officer Perry Renn who was shot and killed in the line of duty earlier this year.

Eleven thousand of these shirts have been sold in 48 states and six countries.

IMPD Chief Rick Hite said the type of unity on display downtown, Friday, is needed to be proactive in the fight against crime.

Tina Graves was one of the people wearing the black shirts. The Indianapolis resident said it was the first time she had come to a rally like this, but was compelled to attend to say thank you in person.

"People from everywhere appreciate (their service)," she said.  "Regardless if it's a good neighborhood, bad neighborhood, rich, poor, black, white, it doesn't matter.  We do care."

Graves said it breaks her heart to hear about the shooting deaths of officers like Renn and Rod Bradway who was killed in September of last year.

She hopes their memories live on, and thinks events like this remind the city of their sacrifices.

"I appreciate everything that they do," said Graves.  "I ain't got the guts to do something like that.  It's really great that they do get out here and try to make the streets a lot better place to live."

Fraternal Order of Police President Bill Owensby hopes that's what those who attended the Day of Unity rally took out of the event.  He thinks the event conveys that police want to help and work with residents to keep communities safe.

The Day of Unity is the first in a series of events scheduled this month by IMPD to get to know residents better. 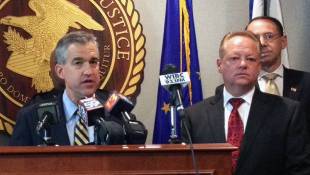 Acting U.S. Attorney for Indiana's Southern District Josh Minkler says federal prosecutors can no longer use prosecutions as the sole metric for how effective their fight against violent crime is. He says prevention and reentry back into society should also be considered. 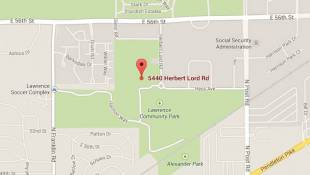 The Indiana Department of the American Legion is relocating from a spot adjacent to the Legion's national headquarters in downtown Indianapolis to the former Fort Benjamin Harrison in the city of Lawrence.