Hundreds of anti-abortion advocates gathered at the Indiana Statehouse Tuesday to urge lawmakers to restict abortion and increase support for pregnant Hoosiers.

The “Love them Both” rally was held on the second day of the special legislative session, where lawmakers advanced a bill to ban abortion except in limited cases of rape and incest and when the life of the pregnant person is at risk.

“After 50 years of working and praying and a full reversal of Roe, this legislation is weak and completely unacceptable to the pro-life community,” Fichter said.

“It's really meaningless to pass a law if it's not going to be enforced,” Fichter said. 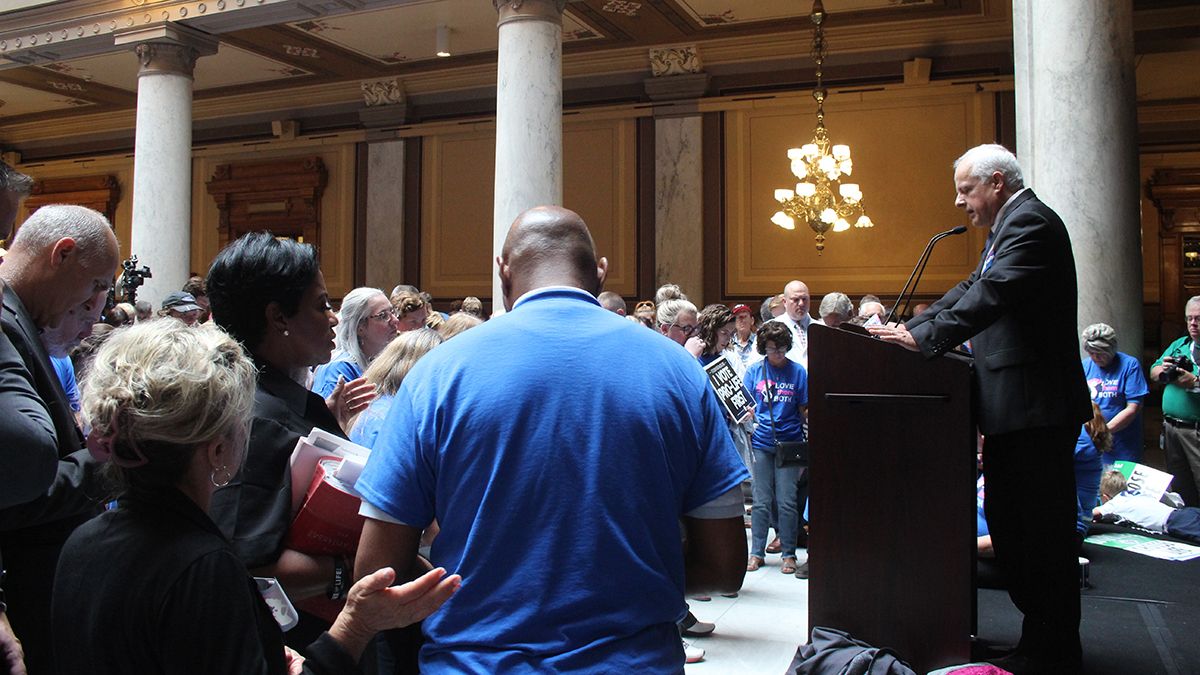 “If we're going to pass legislation, we need to show love and compassion for the moms, the families and the babies, not just give lip service to it,” Fichter said. “And we think some of the financial packages are doing exactly that on the House side.”

“We have a bill being heard today, SB 1, that includes broad exceptions with minimal enforcement mechanisms,” Brown said. “I have shared with leadership that my constituents and I are extremely disappointed that proposed legislation could leave our unborn babies, even those past the point of viability,  without protection in our state. Abortion doctors don't care and they won't be deterred. Senate Bill 1 as introduced cannot stand.”

People of all ages, including families with children, attended the rally. Several medical professionals were also in the crowd.

Internist Dr. Jason Kippenbrock said he believes that based on science and medicine, being anti-abortion is the right thing to do. He’d like to see the state provide more support to families after a birth.

“I took a Hippocratic oath when I became a physician to serve my patients and protect the most vulnerable,” Kippenbrock said. “I hope to see the Indiana state legislature enact laws that … protect the unborn, but also support women who are carrying these pregnancies to term and then after they give birth and providing some additional resources.”

Throughout the rally, participants prayed, chanted and sang. 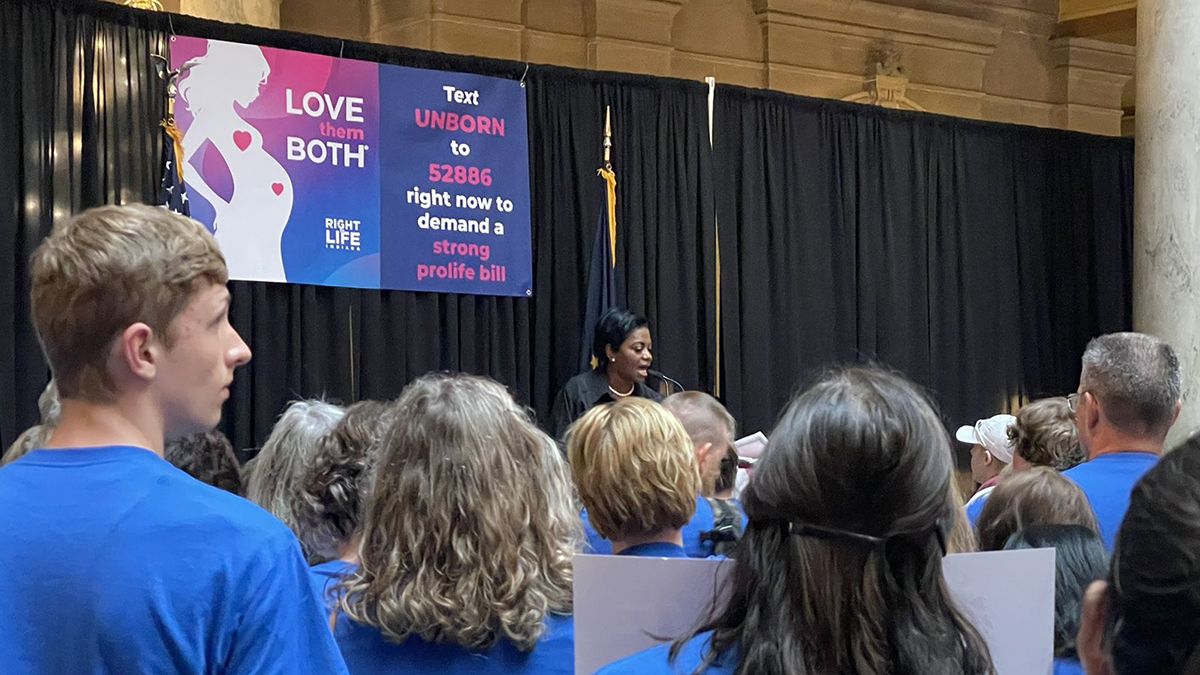 Minter said that as a teenager she had an abortion. She said God told her to “educate people” and that women “deserve better than abortion.”

“Sometimes when it's legal, you think it's right as a teenager, so it's important for you to go and make sure it's not legal, so young people know what's right,” Minter said.

Rally participants were encouraged to text their state legislators and write notes demanding a stricter ban on abortin access. Alyssa Rosselli traveled several hours to Indianapolis from La Porte for the rally.

“We finally have a chance to protect unborn children in Indiana,” Rosselli said. “And their mothers too. People say abortion hurts women’s rights, but it hurts women too. And we’re just here to ask our legislators to help us help them.”

Lawmakers are scheduled to meet in the coming days to discuss proposed amendments.

They have through Aug. 14 to complete their work, because Indiana special sessions are limited to 40 days. When Gov. Eric Holcomb officially called for the special session, it was meant to begin July 6, and that's when the 40-day clock began.

Tags:abortionabortion bananti-abortionIndiana Right to LifeRoe overturnSB 1special session
Support independent journalism today. You rely on WFYI to stay informed, and we depend on you to make our work possible. Donate to power our nonprofit reporting today. Give now.