Antoniette Holt, director for the Office of Minority Health at the Indiana Department of Health and the coordinator of the fair, said they expected fewer attendees this year because many people are still hesitant to be in large gatherings since the pandemic.

The health fair organizers are still tallying the exact numbers of visitors and the services they used during the event.

The fair offered about $2,000 worth of health services for free to attendees, including eye exams, breast cancer screenings, and HIV and Hepatitis C rapid tests.

Among the attendees were some out-of-state visitors who have been attending the fair regularly the past few years. Some said they detected health problems like pre-diabetes during past visits at the health fair and not in a doctor’s office.

Freida Me and her cousin drove from Kentucky to take advantage of the free services. They had blood work, blood pressure, blood density, BMI analysis and eye tests done.

“Those tests are very expensive," Me said. "So to have the opportunity to have it done for free, why would you pass it up?"

“There should be more of these more often, especially for the African American community, if they could come to a place like this where it’s [mostly] anonymous, you know, and they're not having to make that doctor's appointment, then we might be a bit healthier as a race.”

Tags:Indiana Black ExpodiabetesHIVhepatitis Cbreast cancer
Support independent journalism today. You rely on WFYI to stay informed, and we depend on you to make our work possible. Donate to power our nonprofit reporting today. Give now.

An eastside Indianapolis church with nearly 11,000 members has been busy during the pandemic to maintain accessibility to their worshippers. 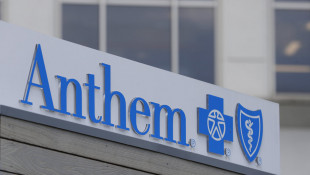