A small group of public and private colleges say they’ll waive fees and evaluate credits earned by ITT students to help them finish degrees or transfer to another program.

About 1,000 students were enrolled at one of ITT’s six Indiana campuses when the Carmel-based college chain closed down earlier this month after the U.S. Department of Education banned it from enrolling new students who use federal financial aid to pay for tuition.

The company has been the subject of numerous state and federal investigations in past years. Earlier this year ITT’s accreditor,  Accrediting Council for Independent Colleges and Schools, found it out of compliance.

State officials say there are likely hundreds more former ITT students who have earned credits from the college and acquired student loan debt.

“If you have credits, we are going to have to go on a case-by-case basis to make sure the academic quality and rigor of those credits are recognized by the schools that receive them,” Lubbers said

Some Indiana colleges have articulation agreements with ITT Tech to receive credits but it will still remain up to each college to make a final determination, Lubbers said.

Five Indiana colleges offered various levels of assistance to former students during a press conference Tuesday at the Statehouse.

Ivy Tech Community College will not accept ITT credits but president Sue Ellspermann said the statewide network and other colleges will consider alternatives.

“We will look at those credits and do prior learning assessments and or cross-walk those credits to certification and life experiences they have to try and maximize what they bring along to their next institution,” Ellspermann said.

The college plans to host events with other higher education institutions around the state to promote the options, including 4-7 p.m. Sept. 28 at the downtown campus at Fall Creek Parkway  and Meridian Street.

Some of the college offers include:

The state’s workforce development commissioner said his office will reach out to each fo the 660 former ITT employees to assess their skills and education to help find new employment.

For more details on which colleges are offering help to former ITT students, go to www.che.in.gov.

Tags:Indiana Commission for Higher EducationIvy Tech Community CollegeITT Tech
Support independent journalism today. You rely on WFYI to stay informed, and we depend on you to make our work possible. Donate to power our nonprofit reporting today. Give now. 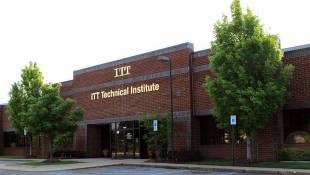 The Carmel-based company that operates ITT Technical Institute announced Tuesday that all of their campuses will close, following a set of crippling federal sanctions.