An Indiana congressman introduced a bill that would block federal funding for schools and colleges if they don’t offer classroom teaching by this fall.

Republican Rep. Jim Banks told a Fox Business host that the goal of The Reopen Our Schools Act is for schools to resume in-person, classroom teaching by Sept. 8. Banks said the bill is to “incentivize” and “prod” schools to reopen. If the law was passed, schools could lose vital funding for classroom teaching and other efforts if they did not open by the deadline.

The proposal comes as a new study finds the average school will need an additional $2,300 per student to open this fall.

The purpose of the legislation is "to prohibit the Secretary of Education from providing funding to certain educational institutions unless the institutions return to in-person instruction, and for other purposes." The bill, co-authored with Republican Wisconsin Rep. Tom Tiffany, was introduced last week. The full legislation was not available Monday on Congress.gov.

Banks, who represents Indiana’s 3rd Congressional District, says schools need to open for the economy to return, following the months of shutdown in the state that led to record unemployment.

“We can’t expect our parents to go back to work if our kids are left at home,” he said.

Additionally, Banks, a member of the House Education and Labor Committee, says wide scale remote learning has not been effective.

“We have a whole generation of kids we are leaving behind if we don’t get them back in the classroom in the fall,” Banks said.

Threatening K-12 schools with loss of funds is not helpful, says Keith Gambill, Indiana State Teachers Association president. He described the legislation as  “irresponsible” at a time when some states are seeking an increase of COVID-19 cases.

Gambill says teachers, bus drivers and others need to be part of the conversation with local school state leaders to decide when it is safe to return to the classroom. Gov. Eric Holcomb has said K-12 schools can open if county health directors and school districts agree it is safe enough.

“We are listening to those who have degrees, who have studied health,” Gambill says. “And many of those are saying we have to be prepared for a second wave.”

Gambill says he’s troubled that Banks’ bill would hurt schools at a time when many districts are trying to help students who lack a device or broadband service at home. Access, he says, will be vital if schools continue some type of remote learning in the 2020-21 school year.

Among Indiana’s federal school funding, the state received $658.4 million in grants from the U.S. Department of Education Fund, according to the 2019 comprehensive annual financial report.

Indiana’s largest four-year institutions, Indiana and Purdue universities, both plan for students to return this fall and released wide-ranging plans on how to prevent the spread of the virus on the campuses.

Tags:COVID-19coronavirusJim Banks
At WFYI, our goal is to cover stories that matter to you. Our reporting is rooted in facts. It considers all perspectives and is available to everyone. We don't have paywalls, but we do need support. So if unbiased, trusted journalism is important to you, please join us. Donate now. 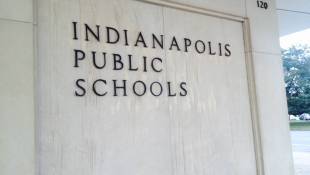 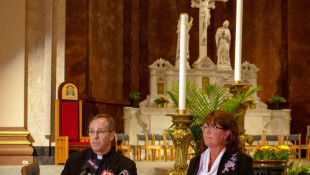 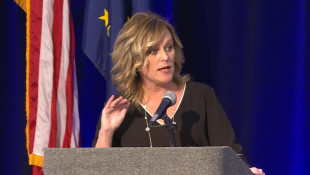 Schools Can Offer IREAD-3 To Fourth Graders This Fall, McCormick Calls It 'Unnecessary'

Indiana education officials are moving forward with a plan to let schools administer the IREAD-3 test this fall. The State Board of Education approved a resolution at it's July meeting Wednesday saying schools can use the test for fourth graders returning to school.
Read More