INDIANAPOLIS (AP) — Indiana doctors have been providing remote care to patients since clinics have closed and government mandated orders have kept people at home during the coronavirus pandemic.

The health system is starting to look much different as facilities shift to telemedicine, which allows doctors to meet with patients through video conferencing software, the Indianapolis Business Journal reported.

Some doctors say it can speed up diagnosis and treatment.

IU Health, the state’s largest hospital system, said its doctors have conducted about 80,000 telemedicine visits this year, a 10,000 percent increase since the COVID-19 virus hit the state in March.

Other healthcare facilities have also seen increases in telemedicine. Ascension St. Vincent said it had 109,000 appointments in April and May, up from about 1,000 in March. Community Health Network said it has conducted nearly 90 percent of its patient visits by video or phone during the shutdown.

“We advanced 10 years in about two weeks,” said Dr. Patrick McGill, chief analytics officer at Community Health, which this week won an $872,000 grant to buy more equipment to advance its telehealth capability.

Dr. William Bennett, who has an office at Riley Hospital for Children, said nearly three-quarters of his patient visits are now conducted by telemedicine.

“Most people appear to be pretty comfortable with these kinds of technologies,” Bennett said of his patients.

But some doctors like to be able to do a physical exam, and telemedicine doesn't allow that.

“A lot of physicians, me included when we were trained, we really felt that if you’re doing a comprehensive visit, you need to do a full physical exam on a patient,” said Dr. Paul Driscoll, executive medical director of Franciscan Health’s physician network in central Indiana. “You like to be able to lay hands on them.”

However, some appointments are just for reviewing a patient’s medical problems, which could include getting the appropriate health screenings.

“Those things can be done without physically laying hands on the patient,” Driscoll said.

Tags:telemedicinetelehealthIU Healthaccess to health care
Support independent journalism today. You rely on WFYI to stay informed, and we depend on you to make our work possible. Donate to power our nonprofit reporting today. Give now. 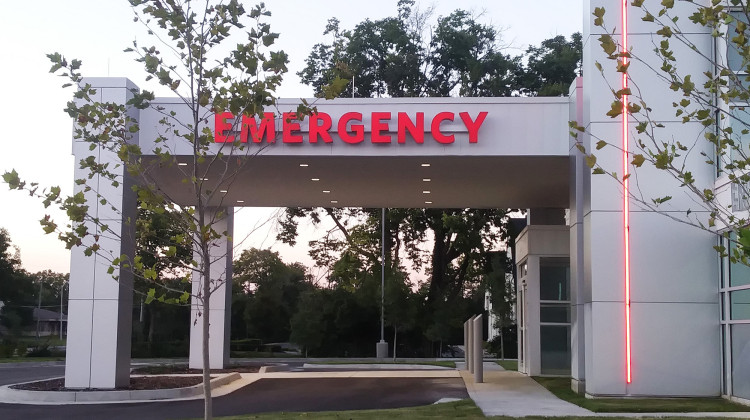