MINNEAPOLIS (AP) — Sylvia Fowles had 20 points and 11 rebounds, and the Minnesota Lynx captured their third championship in five years with a 69-52 victory over the Indiana Fever in Game 5 of the WNBA Finals on Wednesday night.

Seimone Augustus added 16 points and Rebekkah Brunson grabbed 14 rebounds for the Lynx, who also won it all in 2011 and 2013. Maya Moore scored just five points on 1-for-8 shooting, but the Lynx defense forced 21 turnovers and held Indiana to 35.7 percent shooting in the league's first Game 5 since 2009.

Tamika Catchings had 18 points and 11 rebounds for the Fever, who were looking for their second championship.

The Lynx finally got to celebrate a title on their home court after winning their first two on the road in Atlanta.

Tags:WNBAIndiana FeverFeverWNBA Finals
At WFYI, our goal is to cover stories that matter to you. Our reporting is rooted in facts. It considers all perspectives and is available to everyone. We don't have paywalls, but we do need support. So if unbiased, trusted journalism is important to you, please join us. Donate now. 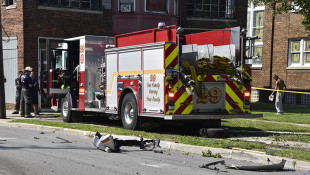 The Indianapolis Fire Department said the fire engine was responding to reported possible fire Sunday morning when a woman driving a silver 2002 Jeep Liberty collided with it on the city's south side.
Read More 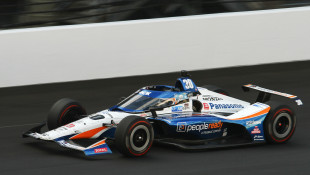 Takuma Sato claimed his second Indianapolis 500 victory in four years, holding off Scott Dixon in the final laps before the race ended under caution.
Read More