As a child, Tamika Catchings found it difficult to fit in at school because of the large hearing aids she wore. The basketball court is where she bonded with family and made new friends. By seventh grade she set a goal of playing professional ball and posted a handwritten note to remind herself everyday.

“Waking up early, getting to the basketball court, getting outside, wanting to be the best that I could be,” Catchings says.

Now she’s helping disadvantaged kids learn how to set goals through her Catch the Stars Foundation. She founded the foundation with her older sister back in 2004 and says it’s a favorite accomplishment.

“Well, I’d say I have two," Catchings notes. "Winning a championship of course and then the foundation and being able to impact lives,” she says.

Catchings has had a long, stellar career. At Duncanville High School in Texas, she scored the very first verifiable quintuple double in a game 25 points, 18 rebounds, 11 assists, 10 steals and 10 blocked shots. Under legendary coach Pat Summitt, she won the NCAA championship her freshman year as a Tennessee Lady Volunteer and was named MVP in 2012 when the Indiana Fever won the WNBA championship. Catchings is also a four time Olympic Gold medalist in basketball.

For her off the court work with her foundation, in 2015 she was named the inaugural winner of the ESPN Sports Humanitarian of the year award.

The 37-year-old played in her final Fever game last September.

This year, after learning her favorite tea shop was going to close, she decided to purchase it Tea's Me on East 22nd Street. She also accepted the job of director of player programs and franchise development for Pacers Sports & Entertainment. She'll be working with players to help them figure out what work they might want to do when their basketball careers come to an end.

For 16 years, Catchings wore the number 24 for the Indiana Fever and knows the halftime ceremony Saturday at the game against the Los Angeles Sparks will be emotional one. Her jersey will be raised to the rafters in Banker's Life Fieldhouse to join those of Reggie Miller, Roger Brown, George McGinnis, Mel Daniels, Bobby "Slick" Leonard and former Fever coach Lin Dunn.

For Catchings, retirement from the game is sinking in.

“It’ll be bittersweet from the standpoint of like – this is it. This is it,” she says. 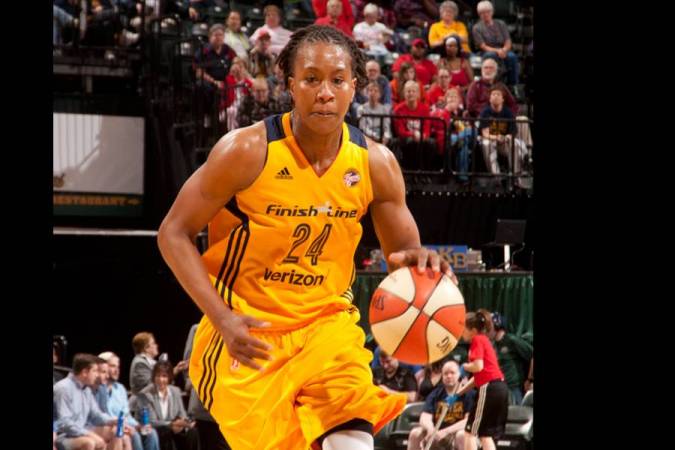 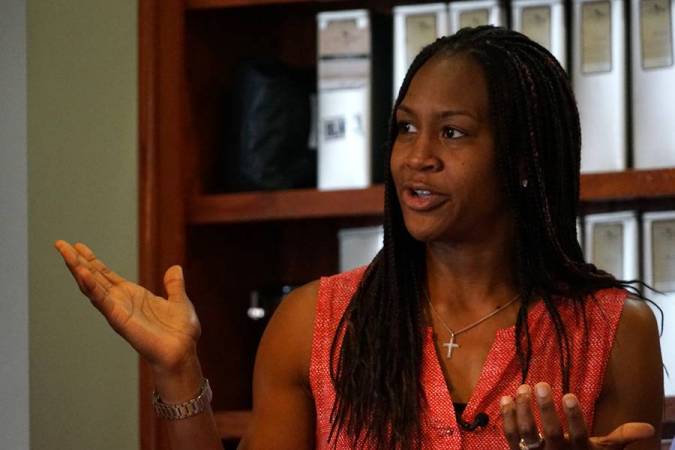 Tags:Indiana FeverTamika CatchingsCatch The Stars FoundationPacers Sports & Entertainment
Support independent journalism today. You rely on WFYI to stay informed, and we depend on you to make our work possible. Donate to power our nonprofit reporting today. Give now.