As of early Monday morning, Indiana residents were paying an average of $2.61 per gallon for regular unleaded while the national average stands at $2.38.

Despite recent nationwide gas price increases, Hoosiers are still paying 33 cents less than they were one year ago today and the national average is 42 cents below its mark from 12 months ago.

The nation's top 10 most expensive state averages are...

Overall, pump prices have increased for 28 of the past 33 days.

Pump prices in the Great Lakes states reportedly continue to climb due to tightening supplies and strong demand for gas. Headlining the supply challenges in the region is the recent shutdown of a segment of the West Shore pipeline in Wisconsin for what has been described as repair and inspection procedures. Operational challenges are also being reported at Marathon's Detroit, Michigan refinery and ExxonMobil's Joilet, Illinois plant.

Tags:gas pricesAAA Hoosier Motor Clubgasoline
Support independent journalism today. You rely on WFYI to stay informed, and we depend on you to make our work possible. Donate to power our nonprofit reporting today. Give now. 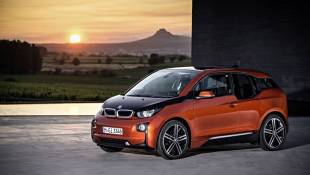 BMW i3 Extendes Its Range Into The Future

The i3 is first and foremost an electric car, ideal for cities with well-developed charging infrastructure - available in all-electric and range-extended version with a backup gas engine. 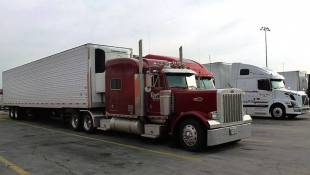 The pilot program uses scales embedded in the roadway along with cameras and laser measuring devices to weigh and gather other information about semi-trailer trucks.