GM recalled 2.6 million small cars worldwide in 2014 because their ignition switches could slip from the "run" position to the "off" position, shutting off the engine.

The switches played a role in at least 124 deaths and 275 injuries, according to a victims' fund set up by GM.

Every state but Arizona sued the Detroit-based automaker, saying it violated consumer protection laws by selling cars even though it knew for at least a decade that the switches were defective. The settlement concludes the state investigations.

Tags:General MotorsautoCurtis HillGM
At WFYI, our goal is to cover stories that matter to you. Our reporting is rooted in facts. It considers all perspectives and is available to everyone. We don't have paywalls, but we do need support. So if unbiased, trusted journalism is important to you, please join us. Donate now. 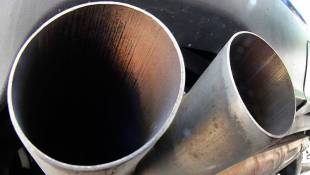 IDEM wants public input on a plan to use its cut of Volkswagen's vehicle emissions tampering settlement to improve air quality in highly polluted areas.