INDIANAPOLIS -- The state’s new Indiana Grown program has added around 100 members in its first month.  Yet educating the public about the initiative remains its biggest challenge, and program leaders say the State Fair will be vital to that effort.

Indiana Department of Agriculture Director Ted McKinney says the first month of the Indiana Grown program – which markets Indiana produced and processed goods – has been all about so-called big box retailers – like Kroger, Walmart and Marsh.

“It will not always stay that way," McKinney said. "We think other retailers will drive some more and then the restaurants we think are clearly going to pick up.”

But ensuring the public understands and recognizes Indiana Grown when they see it in stores will help encourage retailers and restaurants to sign up.  And McKinney says from what he’s seen at the State Fair so far, employees at Indiana Grown booths won’t have to be the ones initiating the conversation.

“We’re seeing at this facility, and the other facility in the Harvest Pavilion, people just walking up and saying, ‘Tell me about this,’" McKinney said. "So it’s clear there’s a pent up desire and demand to learn about this kind of a program.”

McKinney says he thinks people rediscovering where food comes from is driving the curiosity about Indiana Grown.

Tags:Indiana GrownIndiana Department of AgricultureIndiana State Fair
Support independent journalism today. You rely on WFYI to stay informed, and we depend on you to make our work possible. Donate to power our nonprofit reporting today. Give now. 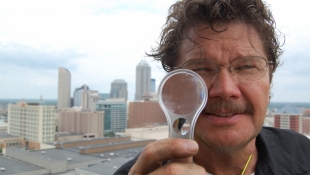