Senate lawmakers approved sweeping changes to a controversial school curriculum bill Wednesday. But many Hoosiers who testified on the bill said while they appreciate the effort, they still have concerns.

Critics of House Bill 1134 have said they worry it would add to teachers' workloads, and limit schools' ability to support students' mental health or teach history.

The Senate education committee adopted an amendment from Sen. Linda Rogers (R-Granger) to address some of those concerns. She said her goal is to bring parents and schools together.

The amendment removed several pages of the bill and changed many other provisions.

So what does the bill do now?

It also shortens the amount of time that schools have to wait to provide ongoing mental health, psychological and social-emotional support to students. It also clarifies that permission isn't needed to provide services in emergency and crisis situations, or if a student is at risk of immediate harm or abuse.

Parents would have five days to opt out of those services if the school provides notice via email, and 10 days for notice sent via the United States Postal Service. If they don't respond, schools would have to send a second notice, but could proceed with providing those services if a parent or guardian doesn't opt out or still does not respond after another two or five days, depending on the method of delivery.

Lawmakers also re-worked the language banning the promotion of concepts that the bill's authors have said perpetuate division among students. The original eight concepts were stripped out, and only three remain.

House lawmakers included language in the bill that says nothing in the legislation should be used to prevent schools from teaching about historical injustices committed against different groups of people. The new version of the bill still includes that, and adds that the bill cannot be used to prevent the discussion or teaching of "factual history" as well.

What was taken out of the bill?

Lawmakers removed the requirement that schools must create parent-led curriculum advisory and review committees. Schools can still create those if there's interest from the local community, and parents with children in the school system can request that one is considered. Parents can also request — if the school decides to create one — that those committees review curricular materials.

The changes to the bill also removed the legal avenue for parents to file a lawsuit for violations of the legislation, replacing it with a requirement for schools to develop and publicize a local grievance process.

It says if parents aren't satisfied with the response after meeting with their child's teacher and following their district's grievance policy, those parents can file a complaint with the Indiana Department of Education. The department would need to review that complaint and respond within 30 days after receiving the request.

The bill also no longer includes language about material harmful to minors, leaving the fate of the idea to Senate Bill 17, which is still waiting for a hearing in the House.

What did people say?

Several students spoke out against it. Many of their concerns centered on the section of the bill requiring parental consent for ongoing mental health services provided by schools.

Lyndsay Paicely, a student at Purdue Polytechnic High School, is one of them.

"The very same parents that need to give written consent could be the very root of the issue," she said. "If the student isn't comfortable sharing an issue with their parent, they will then be forced to so they get the support they need — or more likely they will bottle it up."

Several teachers who testified said they still can't support the bill because of how it could impact their ability to talk about different issues some parents may take out of context.

Gwen Kelley works with several groups representing Black Hoosiers, like the NAACP and the Indianapolis Alliance of Black School Educators. She called the bill complicated, chaotic and divisive.

"The African American community does not understand this bill and does not want to see it passed," she said. "It has aroused the Black community to join me and saying, 'Why? Why this bill'?"

But some said the amendment addressed their concerns and they support lawmakers' efforts to improve the bill.

The Indiana School Boards Association said it supports the amendment to the bill because it addressed the organization's concerns, and the organization remains neutral on the rest of the legislation.

But not everyone was able to speak at the meeting. Committee Chair Sen. Jeff Raatz (R-Centerville) said early on that at least 200 people signed up to testify — mostly against the bill. But Raatz put a hard stop on the committee and public testimony shortly after 6:30 p.m., after only a few dozen people spoke.

Raatz's decision was met with frustration by a crowd of people gathered outside the Senate chamber watching and listening to the committee. As lawmakers wrapped up the meeting, chants of "let us speak" could be heard through the chamber doors.

Rogers said the bill is still a work-in-progress and will likely see more changes, including to the sections aimed at mental health services and the so-called "divisive concepts."

The bill wasn't voted on by the committee Wednesday, but Raatz said the bill will be voted on next week, after further discussion among the committee and consideration of any other amendments proposed by members.

Tags:curriculumIndiana General AssemblyK-12studentsteachers
Support independent journalism today. You rely on WFYI to stay informed, and we depend on you to make our work possible. Donate to power our nonprofit reporting today. Give now. 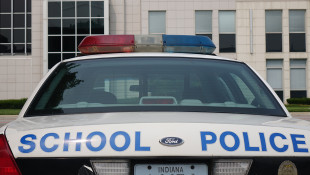 Indiana lawmakers are considering legislation that would require all police who regularly work inside public schools during regular hours to undergo basic school resource officer training. 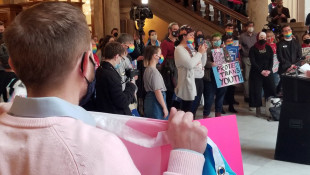 The bill's author, Rep. Michelle Davis (R-Whiteland) insists it's about preserving fairness for girl athletes. But critics have said it will harm transgender children, and doesn't effectively address fairness in sports. 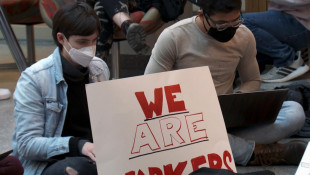 The student-workers say university administrators minimized the work they complete when they denied the group’s request to hold a formal election to unionize.