Indiana lawmakers are considering legislation that would require all police who regularly work inside public schools during regular hours to undergo basic school resource officer training. That training would include lessons on adolescent brain development, how to interact with students with disabilities and understanding racial biases, among other issues.

WFYI previously reported that there is an unknown number of police working inside Indiana schools who have not been specially trained to work with children. State statute mandates that any police officer who claims to be an SRO must undergo a 40-hour basic SRO training provided by the National Association of School Resource Officers, the Indiana Law Enforcement Training Board or another program approved by that board.

But there are police officers working in Indiana schools who haven’t received this training, and they’re not required to so long as they don’t claim the title of SRO, according to Chase Lyday, director of the Indiana School Resource Officers Association. Lyday also serves as chief of the Avon Community School Corporation’s police department.

In other words, if a police officer works inside a school but doesn’t identify as an SRO, the current law doesn’t mandate they receive any special training.

Lyday has lobbied lawmakers for years to close this loophole. His latest attempt — House Bill 1093 — defines an SRO as any law enforcement officer who is assigned to one or more school corporations or charter schools during school day hours. Lyday said the legislation would therefore mandate SRO basic training for all police inside schools — effectively closing the loophole.

The Indiana House unanimously passed HB 1093 last month, and the Senate Education and Career Development Committee is due to hear the bill Wednesday.

Rep. Bob Behning (R-Indianapolis) authored the proposed bill. He said the effects of the COVID-19 pandemic on students’ social and emotional well-being means it’s crucial that police in schools know how to interact with children, de-escalate situations and understand how trauma affects the brain.

“We actually have more anxiety, more stress, more acts of violence today in some of our schools than we did before,” Behning said. “And so it makes even more sense today than it probably did two years ago or three years ago to make sure that the individuals who are responsible in schools for keeping our kids safe have a broad knowledge of ways to deal with those behaviors and ways to bond with those kids to create solid relationships.”

The legislation also includes a deadline for officers to receive the training: 180 days (about one school year) from the date when the officer is assigned as an SRO, or a full calendar year for officers assigned to school corporations with an average number of students per day enrolled of 1,000 or fewer.

Lyday’s previous efforts to pass similar legislation drew pushback from smaller school districts that told him it was difficult to schedule a week of training when there are fewer police officers to go around. He said the proposed bill offers more flexibility for those districts.

“We're saying, although it may be a challenge for you to have the officers that you assign to the schools trained, that is the requirement that you must fulfill,” Lyday said.

He said the proposed legislation also provides a new level of accountability in that it opens law enforcement agencies to potential lawsuits if an SRO is found to have done something wrong and did not undergo the required training.

“My hope is that law enforcement agencies understand the intention of the language of this bill, and fall in line with it,” Lyday said.

Beginning July 2023, the bill would also require school corporations and charter schools to enter into a memorandum of understanding with the law enforcement agency that employs or appoints an officer to perform the duties of an SRO.

This section doesn’t apply to schools that maintain their own police departments, like Indianapolis Public Schools.

Lyday said it’s important that law enforcement agencies and schools are on the same page concerning the expectations of an SRO, including when they will and won’t intervene in certain situations and what type of equipment they’ll carry.

“There are many, many school districts and officers who are working under just an assumed agreement with nothing written down, and we find it to be extremely problematic,” Lyday said. As an example, he pointed to the Monroe County school board, which voted last spring to disarm its SROs.

“It's problematic because there are misaligned expectations from the school district and from the law enforcement agency,” Lyday said.

He said requiring schools and police departments to agree on expectations before launching an SRO program would prevent clashes between the two agencies.

Additionally, he hopes the legislation, if passed, is a starting point for training requirements; Lyday said he ultimately wants lawmakers to pass an annual training mandate for SROs — beyond the basic 40-hour SRO training.

And he hopes the bill could provide clarity around interactions between SROs and students.

“I think this language … is going to be the impetus for that, for us being able to collect better data, as far as what officers in school are doing. And that will help guide our training efforts in the direction of training at the state level,” Lyday said.

Tags:school resource officersK-12policeIndiana General Assembly
Support independent journalism today. You rely on WFYI to stay informed, and we depend on you to make our work possible. Donate to power our nonprofit reporting today. Give now. 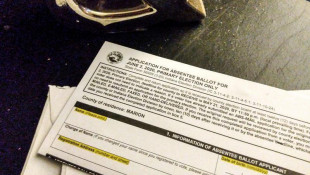 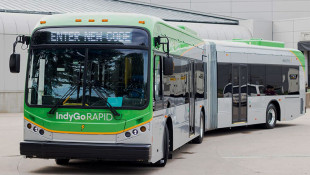 Public transportation projects in Indianapolis have brought millions of dollars in construction contracts -- but only a few of those jobs have gone to minority-owned businesses. 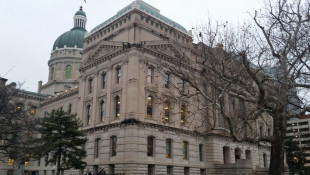 In Indiana, only about half of elderly Hoosiers eligible for Medicaid are aging at home. FSSA has been working to help increase that, but the state agency is worried its plan could be disrupted by a bill that’s making its way through the legislative process.