Despite controversy, lawmakers made notable changes for Hoosier schools during the 2022 session

It is impossible to talk about this year's legislative session without first discussing the school curriculum bills – House Bill 1134 and Senate Bill 167 – and the bill banning transgender girls in girls school sports, House Enrolled Act 1041.

Hundreds of Hoosiers converged at the Statehouse to protest them throughout session.

Zoe O'Haillin-Berne is one of several people who urged Hoosiers to support transgender children as lawmakers considered the school sports bill.

"We are asking Hoosiers across the state to step forward and help these children, to love them, to support them, to advocate for them – because they need us now more than ever," she said.

Ultimately, the curriculum bills both died and lawmakers sent the transgender girls athlete bill to the governor.

Those got most of the attention, but lawmakers worked on other changes too.

Some proposals focused on mitigating the impact of the pandemic. One measure, Senate Enrolled Act 2, lets schools avoid funding losses after getting hit hard by COVID-19 last semester. It's already been signed by Gov. Eric Holcomb.

"Because of the existing law, school districts potentially could lose 15 percent of the foundation amount," he said.

Lawmakers made several new rules for schools too: about school board meetings, e-learning days and who schools can hire to teach.

School boards are now required to hear public comments at meetings, per House Enrolled Act 1130. Lawmakers also approved Senate Enrolled Act 83, making it so boards have to hear comments on action items before voting on them. Both bills have also been signed by Holcomb.

"So this just changes it more so that it reflects what we do in this body," he said.

But the General Assembly didn't take that approach as it added a limit to the number of virtual instruction, or e-learning, days schools can use each year. Lawmakers added the three-day cap to virtual instruction into HEA 1093 without hearing public comment first.

The change includes options for schools to work around the cap, but Democrats pushed back on the idea during a conference committee meeting, including teacher Rep. Tonya Pfaff (D-Terre Haute).

Pfaff said the three-day limit is too restrictive – because schools use e-learning days when teachers are busy with things like proctoring state-required assessments.

"That, in addition to snow days – I just think three is pretty restrictive," she said.

But Rep. Vernon Smith (D-Gary) worries the adjunct option is a step away from finding qualified, well-rounded teachers. And doesn't address why schools struggle to keep them.

"What this bill is offering us is a body in the classroom, not someone who is prepared to deal with children," Smith said.

So what did lawmakers do to more directly affect Hoosier children?

They tightened up dyslexia screening rules with Senate Enrolled Act 123, and created a one-time grant program to help families with education costs – paid for by pandemic relief funding – also as part of HB 1251.

Sen. Jean Leising (R-Oldenburg) also still wants more students to file the Free Application for Federal Student Aid, or FAFSA. She proposed Senate Bill 82 to require that students fill out the form – but settled for a version requiring the state to give families more information and very specific notice about it.

"This is a little bit positive forward movement in the fact that most of our kids then and their parents will know that FAFSA exist," she said.

The General Assembly also made some behind the scenes changes.

Part of HEA 1251 says the Indiana Department of Education and state board will reduce the number of state standards and work to align tests, like ILEARN, with those.

Another bill that passed, Senate Enrolled Act 331, will have Indiana take a closer look at teacher compensation and salaries, in addition to fine-tuning some of the language around the new education scholarship account program lawmakers approved last session.

In a sign of what could be coming in future sessions, lawmakers also included language in HEA 1251 for the department to investigate and make recommendations on what a new program could look like for teachers and parents working together directly. Specifically, the bill outlines questions about what it would take to create a teacher-parent compact program – supported with state funds and teacher retirement benefits.

But plenty of other ideas this session didn't pass – like a school referendum sharing proposal, a rework of special education disputes, and a bill to make school board races partisan.

Another proposal that would have removed a legal defense for K-12 schools and libraries accused of sharing harmful material with children also failed.

The original bills that language was part of, Senate Bill 17 and HB 1134, died in the second half of session. The proposal was later added into House Bill 1369 and again passed the House, but lawmakers in the Senate rejected HB 1369 as its final act before adjournment.

It's not certain they'll return, but there's always a chance of similar ideas making a comeback at the Statehouse next year.

Tags:Indiana General Assemblycritical race theoryschoolsK-12transgender
Support independent journalism today. You rely on WFYI to stay informed, and we depend on you to make our work possible. Donate to power our nonprofit reporting today. Give now. 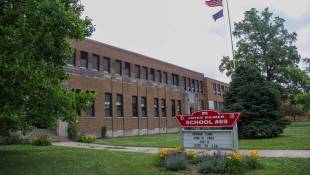 Four-hundred students will need to find a new school for next year after the Indianapolis Public Schools Board unanimously voted to close Joyce Kilmer School 69. 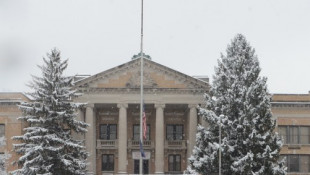 State officials say the Indiana School for the Deaf will move from its current Indianapolis location to the site of the state's blind school as part of a planned $225 million upgrade of both programs' facilities. 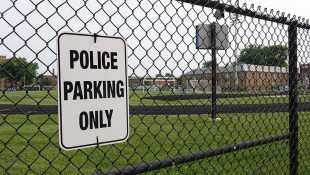