Opioid prescriptions are down for the first time ever, a New York Times data analysis found.

Since the opioid prescription peak in 2012, overall prescriptions throughout the health care industry are down 12 percent in data compiled from 2013-2015 by IMS health.

From 2014 to 2015, Indiana saw a 7.5 percent decrease in the total amount of prescriptions, making it the 11th highest in the U.S. and slightly above the national average.

“I’m hopeful that there is reason to suspect with the decrease, prescription medications that are available that we’ll start to see either a decrease in the slope or something approaching the plateauing,” says doctor and IU Department of Medicine member Palmer Mackie.

Data from the CDC ranging from 2007 to 2012 found that 12 states, including Indiana, Ohio and Kentucky had more opioid prescriptions than people.

These recent statistics show that is no longer the case for Indiana or Ohio, but still is for eight other states, including Kentucky.

But, Mackie says, there is still a lot of work to be done in the fight against opioid abuse.

“So what we have to do know is give better discussions and help people and the physicians make increasingly better decisions about how to help people manage their suffering,” Mackie says.

The state with the most opioid prescriptions from 2014 to 2015 was California.

Tags:opioidsopioid prescriptions
At WFYI, our goal is to cover stories that matter to you. Our reporting is rooted in facts. It considers all perspectives and is available to everyone. We don't have paywalls, but we do need support. So if unbiased, trusted journalism is important to you, please join us. Donate now.

In its update Thursday, the Indiana State Department of Health added 474 confirmed COVID-19 cases to the state's total, bringing it to 3,039. Thirteen more deaths were reported Thursday. So far, 78 people have died in Indiana as a result of the disease.
Read More 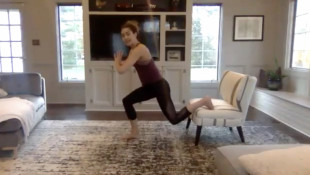