Indiana’s ban on transgender girls from girls school sports can now take effect after a lawsuit against it was dismissed. The 10-year-old girl represented in the case by the ACLU of Indiana moved to a charter school.

The case is over a law passed in early 2022, which bans transgender girls from girls school sports. Lawmakers overturned the governor’s veto of the ban at the end of May.

The ACLU of Indiana filed a lawsuit on behalf of a transgender girl to allow her to keep playing softball in Indianapolis Public Schools. They won a preliminary injunction in July, halting the bill.

The original decision by federal Judge Jane Magnus-Stinson was based on two fairly recent rulings which extended the prohibition of discrimination on the basis of sex to transgender and queer identities – Bostock v. Clayton County, Georgia and Whitaker v. Kenosha Unified School District No. 1 Board of Education.

She wrote that to comply with Indiana’s law, HEA 1041, Indianapolis Public Schools would be required to break federal law by discriminating against transgender girls, on the basis of sex.

“And, notably, [the ban] does not prohibit all transgender athletes from playing with the team of the sex with which they identify – it only prohibits transgender females from doing so,” Magnus-Stinson wrote. “The singling out of transgender females is unequivocally discrimination on the basis of sex, regardless of the policy argument as to why that choice was made.”

But the student is now attending a charter school that is not operated by Indianapolis Public Schools, which was the defendant in the lawsuit.

As a result, the case was dismissed Wednesday, the preliminary injunction vacated and the law now goes into effect.

Tags:IPBtransgender athletestransgender girls sports
Support independent journalism today. You rely on WFYI to stay informed, and we depend on you to make our work possible. Donate to power our nonprofit reporting today. Give now. 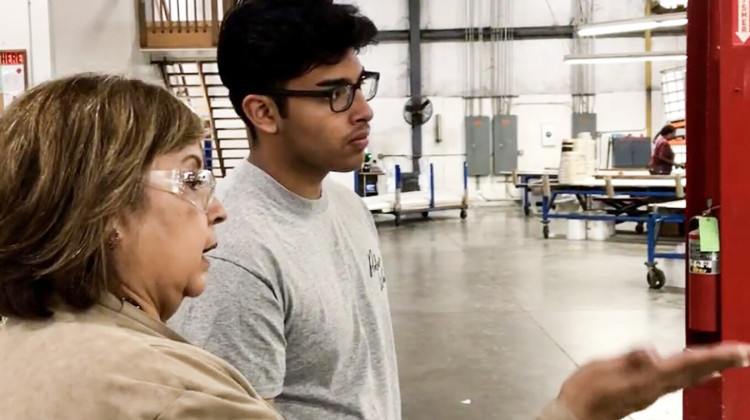 Considering an apprenticeship in Indiana? This guide can help you get started

Apprentices can get certified in their chosen fields over a few weeks or a few years. They can get on-the-job training, often paid, combined with classroom instruction at institutions like Ivy Tech Community College. If you're considering the apprentice route, this guide can help you get started.
Read More