CORRECTION (Oct. 18, 2021): An earlier version of this story, using information provided by the Indiana Department of Education, misstated that the federal government provided guidance to Indiana on the elimination of emergency permits. Indiana officials did not hold a meeting with the federal Education Department until after this article was published.

Indiana issued thousands of emergency special education teaching permits in violation of federal law over the last four years — placing some of the highest need students in the state with untrained teachers. State officials say this is an oversight they’re now trying to correct by requiring special education teachers to be fully licensed or meet new requirements for provisional licensing.

But the sudden shift in policy will be a difficult change for Indiana schools, which have become increasingly reliant on emergency permits due to a shortage of special education teachers. Advocates fear this could force the licensed educators who remain to shoulder large caseloads of students with special needs, including students who may require substantial and time-intensive services.

Indiana issued 43 percent more special education emergency teaching permits in 2019-20 than it did four years before — rising to more than 1,200 from about 850 in 2016-17. That includes teachers with emergency licenses in mild intervention, intense intervention, deaf and hard of hearing, and blind and low vision.

Federal law bars states from issuing emergency permits for special education teachers. But the federal government has not penalized Indiana for violating the rules, according to Holly Lawson, a spokeswoman for the Indiana Department of Education.

Even though Indiana hasn’t faced any sanctions for the violation, the state will stop issuing emergency permits for special education next school year. Instead, educators must be fully licensed or enroll in programs that culminate in special education licensure.

While school administrators agree that special educators should be fully licensed, some fear this policy change will worsen the field’s teacher shortage. They worry that barriers, including cost, for teachers to get fully licensed will lead to a decrease in the number of teachers in classrooms and an increase in case loads for qualified special educators.

“You’ve got to fill the spots — you have to have somebody in here to work with kids,” said Angela McKinney of the Indiana IEP Resource Center, an organization that helps educators teach students with disabilities.

‘I was scared to death’

When Susan Harrison got an emergency permit to teach special education to preschoolers in a rural district a few years ago, she felt totally unqualified.

Harrison had experience with children. She had worked in a home-based day care and adopted two young children with special needs. But planning lessons and monitoring student goals was daunting, she said.

Despite these challenges, Harrison found she loved teaching special education. In the years since, she earned her elementary education license. But she’s still on an emergency permit while she completes special education course work.

"They make it such a pain to get your special ed license that I think people just don't want to do it,” Harrison said. "It's just a lot of extra work."

Indiana has little choice but to end its use of emergency permits, however, because experts say the federal Individuals with Disabilities Education Act requires states to ensure that special education teachers are fully licensed or enrolled in a training program and receiving ongoing support.

Brian Murphy joined the Indiana Department of Education as chief of staff when Katie Jenner became secretary of education in January. He said he learned then that the state was not in compliance with federal law from the department’s general counsel.

Lawson, a spokeswoman with the IDOE, wrote in an email to WFYI that it was educators in the field who informed the state that its licensing practices were not aligned with federal law.

The state notified districts in June that it will stop issuing emergency permits for special education teachers in the 2022-23 school year. Murphy said the state is easing the transition by giving districts a year to prepare.

“Our decision is really driven by the federal requirements,” Murphy said.

A spokesperson with the U.S. Department of Education confirmed that special education teachers must be fully licensed or participating in an alternative route to certification in order to comply with federal law. The spokesperson said states submit annual applications for federal special education funding that include assurances they’re meeting those requirements.

Federal law has long mandated that special educators be fully licensed or participating in a certification program.

The issue got new attention, however, in 2015 when Congress passed the Every Student Succeeds Act, which included a reference to the requirement.

States scrambled to make sure they were following federal law, said Meg Kamman, co-director of the CEEDAR Center, which receives federal funding and helps states implement policies to improve education for students with disabilities. CEEDAR is not working with Indiana.

The goal of the federal requirement is to improve education for students with disabilities, Kamman said.

Advocates and educators agree that students are better off with experienced, fully qualified teachers.

But special education administrators say the teacher shortage leaves them with few good options. Without hiring teachers on emergency permits, they may be forced to increase caseloads for the licensed teachers they do have.

“I think caseloads are high and student needs are getting more complex, especially with the increased amount of trauma due to the pandemic,” said Jenny Smithson, a member of the Indiana Council of Administrators of Special Education.

Without enough alternative routes to licensure, Smithson said the elimination of emergency permits could lead to even higher caseloads for fully licensed special education teachers.

“We don't want all of our fully licensed people to quit when we give them more kids,” Smithson said. “So, it’s just a never-ending catch 22.”

The state is relying on teacher training programs to help fill the gap left by the elimination of emergency permits.

People with college degrees can get the required training through transition to teaching courses, although only some of those programs offer training in special education. Teachers who are fully licensed in other areas can often get their special education credentials quicker through master’s programs and other coursework, said Risa Regnier, director of educator licensing for the IDOE.

But training can be time-consuming and expensive because even educators licensed in other areas must take additional courses in special education.

Advocates say that one way the state and districts can help recruit more special education teachers is by paying for their training.

Smithson, the special education administrator, said she hopes to use some of the COVID-19 relief money her district received from the federal American Rescue Plan to reimburse teachers in her district who are working toward full licensure.

“Some school districts have a starting salary of like $34,000,” Smithson said. “How do you pay back your student loans, and pay all your bills and work on your degree in special ed at the same time, while you're trying to pay all that off?”

The state also plans to help pay for tuition. Officials with the IDOE say they’re working on a contract with a third party organization to administer a tuition assistance program for teachers who are already enrolled or plan to enroll in a special education licensure program.

“We really think that that's going to help defray costs for a lot of individuals,” Regnier said. “I think that our goal, during the first year that we have that program in place, would be to be able to help 300 people through their programs with financial assistance.”

Regnier could not say when that program will be established. Lawson, the spokeswoman with the IDOE, wrote in an email that the state plans to use federal COVID-19 relief money to fund the program. She said more details about the program will be announced later this year. 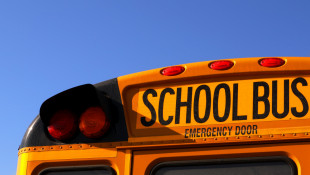 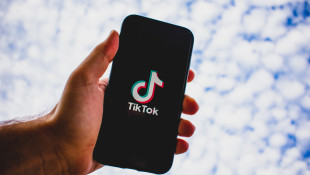 A new viral social media trend has encouraged students to take or destroy objects from their school and post about the vandalism online. Not only is it a disruption to learning, it’s led to thousands of dollars in school property damages. Marion County school districts are trying to prevent it from happening. 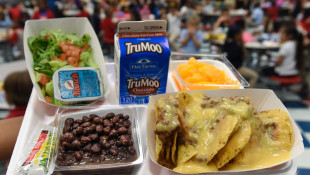 With increased demand for breakfast and lunch since students have returned to in-person school, food services in some school districts are being pushed to the limit.