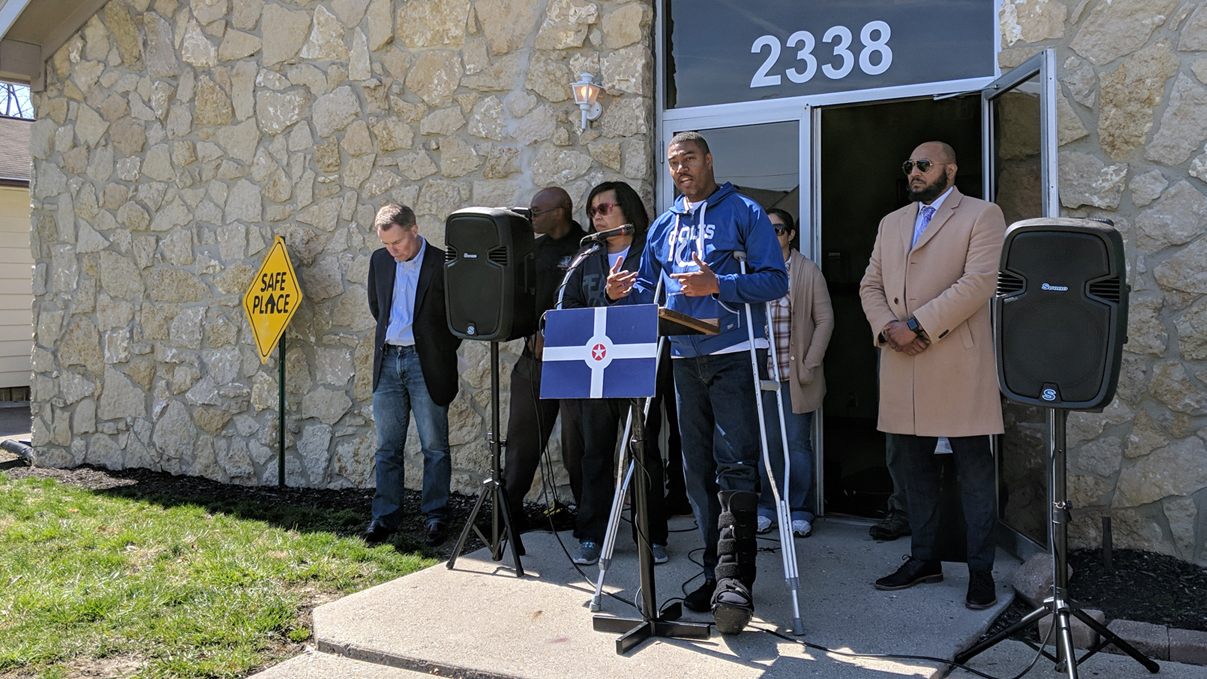 Robert Fry will stay on in his role as Indy Peacemaker. He serves IMPD's East District. (Drew Daudelin/WFYI)


Last year the City of Indianapolis started a new effort to prevent crime – it hired two so-called "Indy Peacemakers," members of the community who could better engage with at-risk youth. On Wednesday the city announced two additional peacemaker positions, and touted the program as a success.

IMPD Chief Bryan Roach says peacemakers act as a conduit between the police department and the city. He says police often meet internally to discuss options and resources available to people who need it.

“But we struggle when it comes to taking that same type of information, passing it on to the community, and having them have the same impact, hopefully a better impact than what it is we're having,” Roach says.

This gap in communication has long been cited by IMPD officials as a significant problem, especially for investigators trying to solve violent crimes.

The city's effort to bridge that gap took two primary forms last year – $300,000 in funding for the city's first witness protection program and the hiring of the city's first Director of Community Violence Reduction, Shonna Majors, who oversees the group of Indy Peacemakers.

"I think that we're seeing results from Shonna and her team," Chief Roach says. "If you look at our homicide numbers from the last eight months, where she really hit the ground with the first couple peacekeepers, started bringing all the social service providers together and connecting with the community...I think if you look at our homicide rate, there's been a significant decrease."

Overall crime is down, but criminal homicides in Indianapolis reached record numbers by the end of 2018.

Robert Fry has been a peacemaker since the program started, and serves IMPD’s East District. Fry sometimes goes door-to-door in his area, and says not being a police officer makes a big difference.

“They've seen me on TV enough to know that we're out here providing resources," Fry says. "So whenever we do encounter those individuals, the first thing that they're asking, or they want to know is, what resources are we providing and where can they get that information?”

The city announced the hiring of three new peacemakers (one of the original two has since left). Collectively these three – Joaquina Everette, Casby Williams and Jeff Cottrell – will cover IMPD’s southwest, northwest, southeast, north and downtown districts.

Mayor Joe Hogsett says they were chosen in part for their background and experience.

"They have held positions in education and in health care. They have mentored at-risk youth. They are multi-lingual. They have lived in some of the most challenging neighborhoods in our city, which will go a long way toward giving them the needed credibility among those young people who live in those neighborhoods today."

The program is run through the city's Office of Public Health and Safety.