Indianapolis-based USA Gymnastics has filed for bankruptcy protection in an attempt to survive. The group faces numerous sex abuse lawsuits from hundreds of accusers across the country.

"We had been trying to mediate a settlement outside of bankruptcy and it wasn't proceeding, and for a lot of different reasons, we believe it'll work under this scenario," says Carson. "So that's why we're doing this."

She says now, the 100 cases filed by 350 plaintiffs against the organization will all have to go to court.

"We think it's a really strong vehicle to bring the plaintiffs and the insurers together candidly to reach a settlement," says Carson.

Last month, the United States Olympic Committee said it was considering removing USA Gymnastics from its role as the sport's national governing body.

Carson says she hopes filing for bankruptcy protection can postpone any final action.

"The USOC seems to be commenting that they think they're gonna stay where they are," she says.

USA Gymnastics is covered through previously purchased insurance that will pay out claims for which the organization is found liable.

Working From Home During COVID-19? Might Be A Good Time To Buy A New Car!

COVID-19 has many of us working from home, but we still need cars. In the age of Zoom, e-mail, and smartphones, we can complete most of the process from home. And given incentives, there are some great deals.
Read More

Summer Jobs May Be Elusive For Teens This Year

As the school year ends and summer begins, its traditionally a time when teenagers get summer jobs. But there may be fewer Hoosier teens employed this summer due to the global pandemic.
Read More 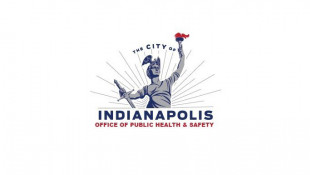