Indianapolis Continues to Rank Worst For Fitness, But There Are Healthy Changes Afoot

A year ago, when Side Effects first reported on efforts to build a walkable neighborhood here, the lot at the corner of Oxford and Washington Streets was empty and overgrown. But today, builders are at work on a 30-unit senior housing complex, set to open in September. This isn’t your grandpa’s senior housing: there are plans for a fitness center, a bike share, a greenhouse and a walking path. Plus, the city has promised to add a crosswalk and pedestrian signal to connect residents to the other side of Washington Street, where a pocket park, library, two eateries and a floor hockey rink sit in close proximity.

Unfortunately for Indianapolis, new and developing projects designed with health and fitness in mind have no effect on the city’s ranking on the American Fitness Index this year. This is an annual ranking of the 50 largest U.S. metro areas that assesses a city’s fitness based on the built environment and personal health behaviors. This year’s index was released Wednesday. As in 2015, the Circle City came in dead last.

“The expectation shouldn't be probably from year to year that we improved,” says NiCole Keith, an exercise specialist at Indiana University-Purdue University Indianapolis and fellow with the American College of Sports Medicine, the group that publishes the index. “What we did last year as a reaction [to last year’s ranking], what we'll do in upcoming years as a reaction, probably won't be reflected for another five years.”

Data collection and reporting takes time. So numbers on measures like nutrition and smoking, for example, reflected in the 2016 Index, are based on telephone surveys performed in 2013.

The fitness index measures things like rates of chronic disease, and access to parks and recreation facilities, which taken together give a good snapshot of a community’s overall health and fitness. Cities like Washington D.C. and Minneapolis consistently rank at the top of the list because, among other reasons, they enjoy a large proportion of parks, public transit and walkable neighborhoods. Indianapolis, along with peers like Oklahoma City and Detroit, has consistently been in the bottom 10.

It's about workforce and it's about education and it’s about housing. I think the idea that healthy communities are just the purview of the health and hospital system is outdated.
- Kim Irwin, Health by Design

There was one significant improvement for Indianapolis between this year and last: the percentage of residents who said they participated in physical activities in the last month increased from 64.8 to 74.4 percent.

Of course, it’s impossible to know what accounts for the change. But Kim Irwin, a public health expert with local nonprofit Health by Design points to a new urban feature that seems to be getting more people out and moving: the Indianapolis Cultural Trail. It’s an eight-mile bike and pedestrian path that winds through downtown Indianapolis, connecting previously existing trails. “That infrastructure improvement does make a difference,” she says. The Cultural Trail was completed in May of 2013.

Irwin’s organization advises governments on such infrastructure improvements – a daunting task in a cash-poor, fiscally conservative city like Indianapolis. “We are not investing the level of resources we need in order to make serious change,” she says. Part of the challenge is getting community leaders to think about public health more broadly. “It’s about workforce and it’s about education and it’s about housing,” says Irwin. I think the idea that healthy communities are just the purview of the health and hospital system is outdated.”

Keith says while the American Fitness Index is imperfect, it should be taken seriously by civic leaders. “It does nationally make us compare less favorably to other communities. So when we think of population health and economic development, corporations look at these things.”

She says because Indianapolis lacks geographical features, the city needs to work harder than others to provide spaces for exercise and recreation, and to attract new families: “We don't have mountains. We don't have oceans. We don't have 10,000 lakes.”

There are, however, reasons to hope the health of Indianapolis will improve in coming years, though funding is a continued obstacle. Here are three big ones.

One important factor in the Fitness Index is Walk Score. That measure scores cities on how easy it is to walk from residential areas to retail and public spaces. Indianapolis’ score is 29 out of 100.

Earlier this month, the Metropolitan Development Commission approved $135,000 for pedestrian improvements. That money will go to things like adding pedestrian signals and improving existing ones, painting crosswalks, and adding infrastructure that slows traffic, like medians and bump-outs.  These features will be installed according to guidelines set by the new Pedestrian Master Plan, - developed for the city by Irwin’s organization - which factors in health, safety and poverty data to determine priority areas for pedestrian access. But the approved funding will not go towards building new sidewalks – the city estimates an additional $750 million would be required to meet that need. The total annual city budget for transportation projects is $50 million.

Transit Referendum, If Passed, Could Connect Neighborhoods And Jobs

Public transit users take 30 percent more steps per day compared to people who rely on cars, according to a 2008 study in the journal Preventive Medicine.  Public transit has other less obvious health benefits, says Irwin.  “Access to transit helps people get to jobs, and when people have jobs they tend to be healthier, thanks to factors like health insurance and higher income levels,” she says.

According to the American Fitness Index, only 1.2 percent of residents in the Indianapolis metro use public transportation to get to work. It’s easy to see why the numbers are so low.  The bus system is limited. Frequency of only once an hour during midday is not uncommon, and some routes don’t run at all on Sundays.

A new bus station will open downtown in June and is expected to lessen delays and speed transfers.

The county’s transit plan for 2021 would add three rapid transit lines, extend hours of service, add stops, and increase service to seven days a week on all lines. But funding is contingent on a .25 percent income tax hike. And to impose that tax hike, the state requires the buy-in of voters in a referendum this fall.  Since much of Indianapolis is suburban and car dependent, we’re likely to see the city working hard to make its case in the coming months.

Indianapolis actually surpasses the American Fitness Index goals for farmers markets per capita, but scored poorly on the amount of fresh fruits and vegetables people consume each day.

New urban gardens and farms are popping up every year, and a foundation-funded nonprofit called the Indy Food Council is awarding grants for urban farming projects. Last summer, Gleaners Food Bank operated mobile sites in some of the city’s most distressed areas, and plans to do so again this year.

According to a representative, the mayor’s office is in the process of hiring the city’s first Food Insecurities Director, an official with a mission to make sure that every neighborhood has access to high quality food.

It’s sure to be a challenging job: the real estate website Redfin.com rated Indianapolis last - among cities with populations of over 500,000 - for the percentage of population that lives within a 5 minute walk of a grocery store- just 5 percent. 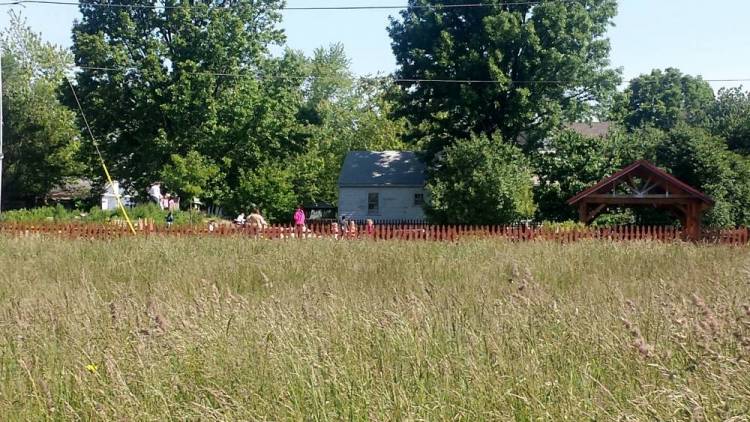 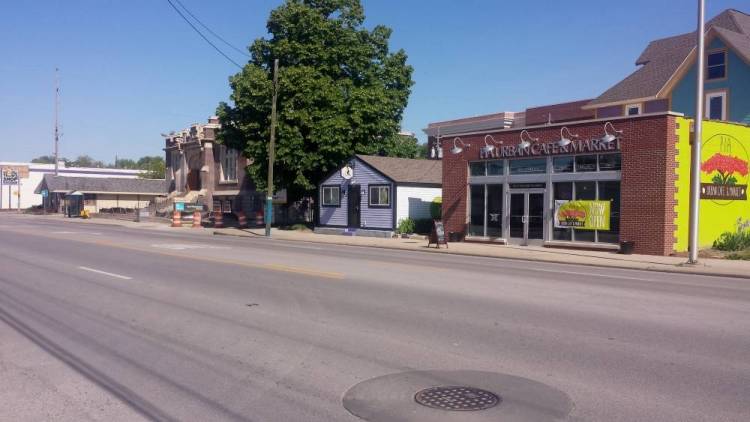 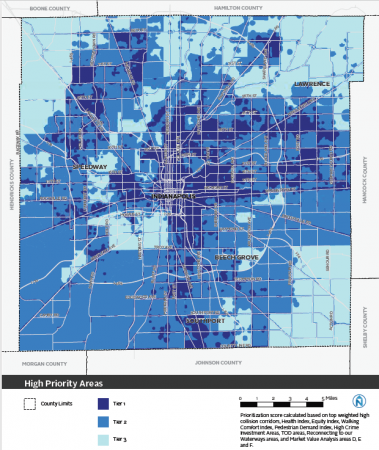 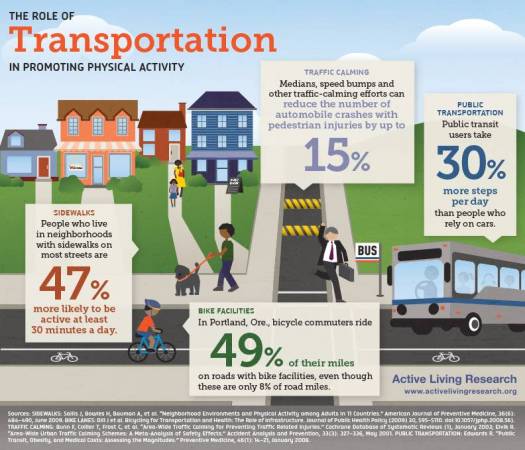 Tags:IndianapolisAmerican Fitness Indexwalkabilitynutirtionpublic transportationfitness
At WFYI, our goal is to cover stories that matter to you. Our reporting is rooted in facts. It considers all perspectives and is available to everyone. We don't have paywalls, but we do need support. So if unbiased, trusted journalism is important to you, please join us. Donate now. 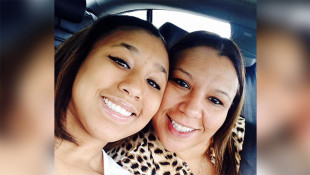 Twenty-three-year-old Aubrey Baker is a qualified medication aid at Wildwood Healthcare Center, a nursing facility in Indianapolis. Her mother, Lenore Williams, oversees the center. They spoke to reporter Lauren Bavis about how the virus has impacted their work, and how it hit close to home.
Read More 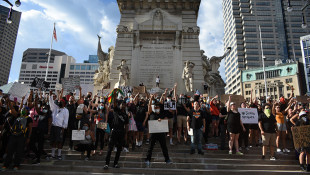 Demonstrations are flaring up across the country to protest the deaths of Black Americans at the hands of police. Theyre also calling attention to broader inequalities. One of those areas -- health disparities -- kills Black Americans in massive numbers.
Read More

Indianapolis is making strides in may areas linked to health but other cities are doing better.