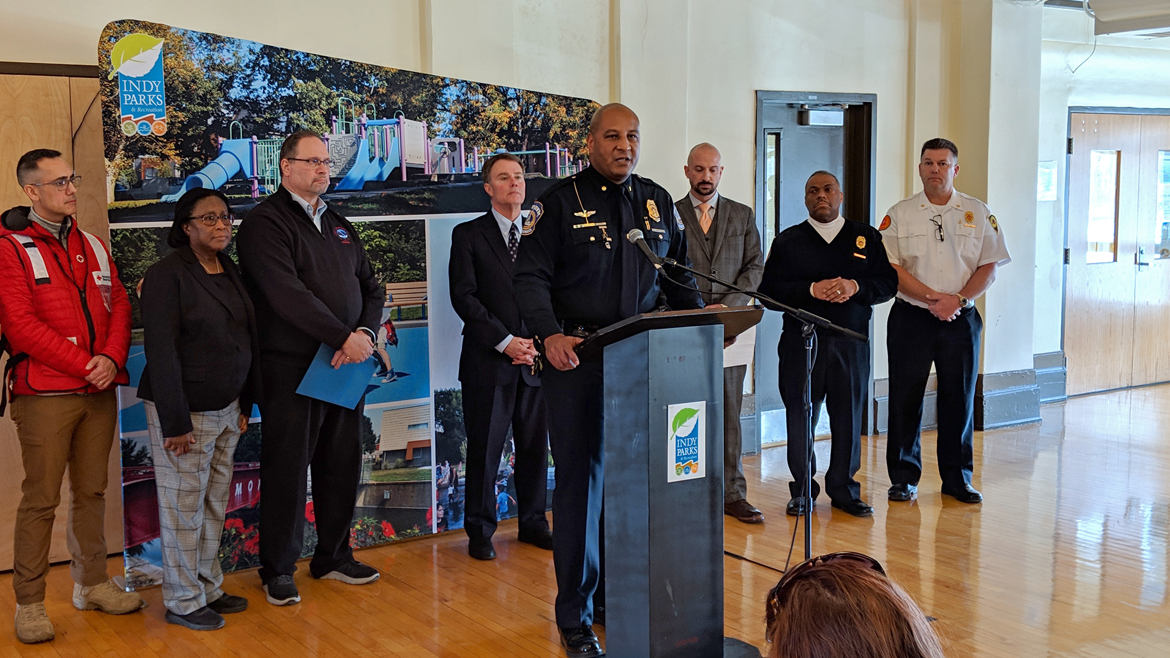 Homeland Security Major Brian Mahone says anyone who needs help getting to the shelter, or anyone with non-emergency questions, can call 2-1-1. (Drew Daudelin/WFYI)


Wind chills in Indianapolis are expected to drop to 20 to 40 below zero in the next two days. At those temperatures it can take less than 10 minutes to develop frostbite.

City officials Tuesday announced in response to the dangerous weather they’ll open a temporary warming shelter west of downtown. The Indy Parks' Municipal Gardens building on Lafayette Road is scheduled to open at 10 a.m. Wednesday and will stay open until 9 p.m. Thursday.

Homeland Security Maj. Brian Mahone says anyone who needs help getting to the shelter, or anyone with non-emergency questions, can call 2-1-1.

Fire department officials warn that space heaters should have three feet of space cleared around them. They say extra caution is important, since fires can be especially difficult to fight when water lines start to freeze.

Non-essential work by city agencies, including trash collection, has been suspended.

But the extreme cold won’t last long – current forecasts show 50 degree temperatures by the end of the week.

Tags:cold weathershelter
Support independent journalism today. You rely on WFYI to stay informed, and we depend on you to make our work possible. Donate to power our nonprofit reporting today. Give now.