INDIANAPOLIS -- Legislation to create a permanent Indiana drug task force heads to the House floor after a committee approved the measure Tuesday.  The bill has support from both parties, but some Democrats want language to ensure diversity on the task force.

Task force member and bill author Sen. Jim Merritt says the commission can break down barriers to ensure the entire state is moving in the same direction.

“We need better communication, better coordination with all the strengths that we have in state government, along with working with the local government,” Merritt said.

The commission would consist of judges, lawmakers, attorneys and various agency leaders.  Democratic Rep. John Bartlett says he supports the idea, but is worried about a lack of diversity on the commission.

That’s a problem, he says, when Indiana has “painted the face of crime black.”

“When you look at who’s going to be making the appointments then African-Americans are left out, not having a seat at the table,” Bartlett said.

The bill’s author and sponsor say they’ll work with Bartlett on his concern.

Tags:Drug Abuse Task ForceJim MerrittIndiana Commission to Combat Drug AbuseJohn Bartlett
Support independent journalism today. You rely on WFYI to stay informed, and we depend on you to make our work possible. Donate to power our nonprofit reporting today. Give now. 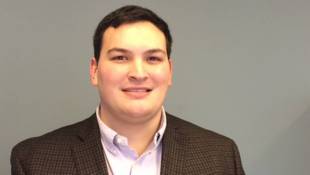