SOUTH BEND, Ind. (AP) — The Studebaker National Museum harbors a bullet-nosed car that Dr. Teeth and the Electric Mayhem — that woolly-headed band of textile rockers in “The Muppet Movie” — once gave a psychedelic paint job.

In the 1979 film, Fozzie Bear drives off in his uncle’s freshly painted jalopy, telling the band, “I don’t know how to thank you guys.”

To which passenger Kermit the Frog adds, “I don’t know why to thank you guys.”

But the garish flashes of bright blue, orange and yellow have since faded to dingy gray. The engine is stuck, seized up from the long-ago Hollywood modifications that hid a small human driver in the trunk.

Now the museum has begun a $175,000 crowdsourcing campaign to restore the 1951 Studebaker Commander to its film glory. That, in turn, would enable the car to be loaned out to others museums and taken to car shows.

Archivist Andrew Beckman said the car is in “pretty rough shape.” It had been sitting for several years in a studio’s outdoor lot when, in 2004, the museum acquired it as a gift from the Studebaker Drivers Club’s Orange Empire Chapter in California.

It has seen only some light cleaning, stabilizing and replaced headlights since it moved to South Bend, though it has been on public display at the museum most of the time — one of the most popular exhibits, even in recent weeks.

This Studebaker played a key role in Kermit and Fozzie’s road trip across the United States, on their way to Hollywood to chase dreams of making it big in show business, meeting a menagerie of Muppet characters and human stars along the way.

Muppets creator Jim Henson had brought his furry creations to “Sesame Street” in 1969 and to “The Muppet Show” from 1976 to 1981, but this marked their movie debut while introducing effects like a bear driving a car and Muppets walking on their own feet.

It was also an iconic film for kids.

Beckman was a boy at time. If it would have been any other kids’ film, he would have had to ask his parents to go to the movies. But he recalls how his dad, who owned five or six Studebakers at the time and a few dozen over the years, suggested taking him to see the flick “because it had a Studebaker in it.”

Kermit and Fozzie sing the song “Movin’ Right Along” inside of the yet-to-be-painted car as we see several shots of it cruising across America. Then Fozzie says, “Ah, a bear in his natural habitat, a Studebaker.”

At another point, the car runs into another old beater car headed straight toward Fozzie and Kermit, driven by the Muppet Gonzo. Gonzo’s car ends up upside down on top of Fozzie’s vehicle. Fozzie pulls into a used car at Kermit’s urging, who suggests they could swap these cars for a better jalopy.

“What, trade in my uncle’s Studebaker?” Fozzie protests, just before they meet a sleazy salesman played by Milton Berle.

The museum has wanted to restore the car since 2004, but it’s a priority now, Beckman said, because there has been renewed interest in the Muppets and the car itself.

A “Muppets Now” series debuted on the Disney+ channel in 2020. And the car was among various props from “The Muppet Movie” that were featured in a 2020 episode of the show “Prop Culture,” also on Disney+.

There were actually two Studebaker Commanders used for filming — one for long shots where puppeteers weren’t needed and this one, to show the Muppets driving on the road (well, with a puppeteer hidden below the dashboard). Beckman said he hasn’t heard of the other car’s whereabouts.

Most of the flashy paint from the movie wore off after years in the outdoor elements. Beckman said the filmmakers had used poster paint, which he’s seen on prop cars from other films. The paint could be washed off, and it didn’t reflect light or mirror images of the crew back into the movie camera.

“They needed it to look good for the shoot,” Beckman said. “What happened beyond that was not their concern. Any Hollywood prop is like that. They certainly weren’t thinking about what would happen 20 years from now.”

The restoration project will study the film and still photos to match the movie’s paint job (as the film’s story goes, the paint scheme was camouflage so that the car would blend in with a certain soda billboard). This time, though, a more durable paint will be used.

“We want to make it appear as correctly as possible but also use materials that are stable,” Beckman said.

Likewise, the museum aims to restore the engine so that it can be safely driven — not necessarily on open roads but for positioning it at car shows where it could be an “attractive piece.”

Below the trunk, the gas tank had been removed and replaced by a small can under the engine hood. That created room in the trunk for a seat, steering wheel and controls for a hidden human, one of short stature, who would see the road through a camera. The camera looked through a hole in the bullet nose where the “bullet” was removed.

The restoration will still show the unique fixtures in the trunk, which currently are on display, but, for safer handling. Beckman said the actual steering wheel and controls will return to the driver’s seat.

Restorers will also need to tend to the headliner on the ceiling and to seats that are badly deteriorated.

Beckman said the project will take several months and be done by LaVine Restorations, a company in Nappanee that specializes in antique and classic car restorations and that has worked on several of the museum’s vehicles.

Over several years, a donation box at the exhibit has helped to yield $9,095 in donations to restore the car.

Why was a 1951 Commander chosen for the film? According to a 1979 article in the Studebaker Drivers Club magazine, Beckman said, movie director James Frawley had seen one, felt it was the right look and insisted that it be used.

The magazine had also quoted screenwriter Jerry Juhl as saying that he thought the 1951 Commander was the “goofiest” looking car ever produced. And for a Muppets movie, that meant it was the right car.

Back in 1951, Beckman said, the Commander was significant because it marked Studebaker’s first-ever V8 engine. It also was the second year for the bullet-nose design. A good seller, it was the more powerful and more upscale of the two models that the company offered that year, alongside the Champion, which had a V6 engine.

Now, could it be that the car’s “rough shape” is because some Hollywood studio let a bear drive it?

Indeed, as Fozzie drives in one scene, he leans over and buries his head into the map that Kermit is studying. The car swerves out of control.

“Fozzie, where did you learn to drive?” Kermit asks.

Tags:StudebakerNational Studebaker MuseumMuppetsThe Muppet Movie
Support independent journalism today. You rely on WFYI to stay informed, and we depend on you to make our work possible. Donate to power our nonprofit reporting today. Give now. 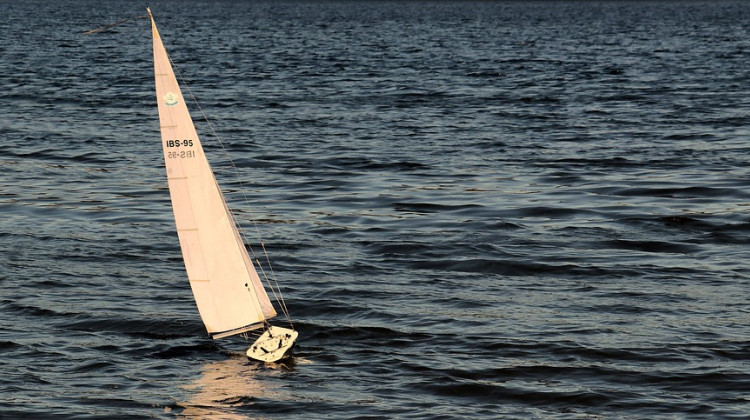 A relaxing day at the pond doesn’t always result in pulling a fish out of the water. For a small group of area enthusiasts, there’s nothing better than spending a breezy, warm day down at Pinhook Lagoon in South Bend or maybe Fidler Pond in Goshen testing their skills and the capabilities of their radio-controlled sailboats.
Read More

NCAA Tournament scheduled to go on as planned

The NCAA men’s and women’s basketball tournaments are scheduled to go on as planned amid a rise in postponements and cancellations.
Read More 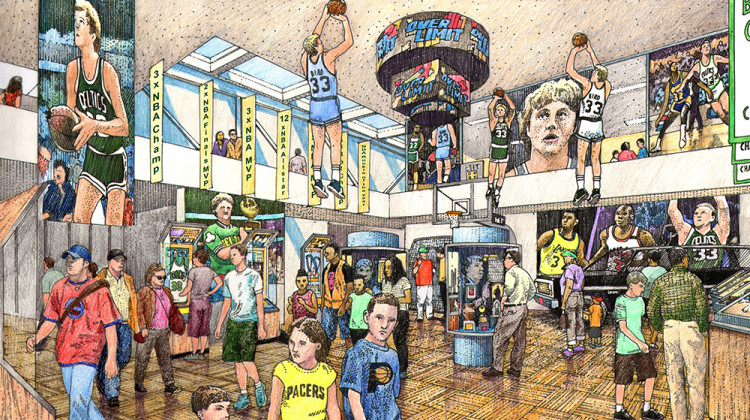 The museum will be part of the new Terre Haute Convention Center that is scheduled for a March 2022 opening. The museum section, however, is awaiting decisions on about what memorabilia will be available.
Read More