An industrial company will be the deciding factor in how well — and how fast — some East Chicago arsenic and lead contamination gets cleaned up.

The Environmental Protection Agency has finalized its plan for the area where the West Calumet Public Housing Complex once stood in the USS Lead Superfund site. While many residents want the area to become housing again, the city intends to let a company called Industrial Development Advantage, LLC move in.

Doug Ballotti is the acting director of the EPA’s Superfund division. Though residents may have concerns, he says ultimately it’s the city’s decision because it owns the land.

“We're really dependent upon the landowner to tell us what that future land use would be. We're not — we can't dictate to them what that would be,” he says.

Ballotti says workers can’t start to remove contaminated soil there until the company decides whether it will go through with its offer. If IDA does move in, less contaminated soil would be cleaned up than if the site was designated a residential area.

Tags:East ChicagoWest Calumet Housing ComplexUSS LeadSuperfundlead contaminationU.S. Environmental Protection Agency
At WFYI, our goal is to cover stories that matter to you. Our reporting is rooted in facts. It considers all perspectives and is available to everyone. We don't have paywalls, but we do need support. So if unbiased, trusted journalism is important to you, please join us. Donate now. 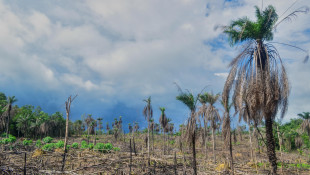 How Climate Change Increases Our Risk For Pandemics

Climate change may be putting people at risk for more pandemics like COVID-19. Habitat loss due to climate is bringing animals that can transmit disease in contact with humans more often.
Read More