The Indianapolis Motor Speedway announced Tuesday fan attendance will be further limited to the Indy 500.

Last month, IMS officials announced the race would reduce the number of spectators to 50 percent. Now, only 25 percent will be allowed to watch the event at the track.

While no official numbers are released for each year's attendance, estimates suggest more than 50,000 people would still being able to attend the race.

“We want to demonstrate that even under current circumstances, people can gather with carefully planned procedures in place so we don’t have to go back to shutting down our country and our community,” said Penske Entertainment Corp. President and CEO Mark Miles in a media release.

For those that do come to the race, several precautionary measures are planned including spreading out attendees more, requiring face masks, and temperature checks at the gates.

With the additional fan limitations, no announcement has yet been made if the broadcast blackout in the Indianapolis area will be lifted for this year’s race.

Tags:Indianapolis 500Indianapolis Motor SpeedwaycoronavirusCOVID-19
At WFYI, our goal is to cover stories that matter to you. Our reporting is rooted in facts. It considers all perspectives and is available to everyone. We don't have paywalls, but we do need support. So if unbiased, trusted journalism is important to you, please join us. Donate now. 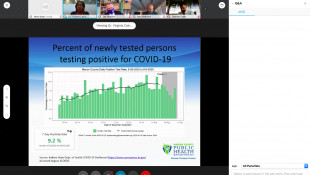 The Marion County health department will be stepping up fines for businesses that violate social distancing and mask requirements.
Read More 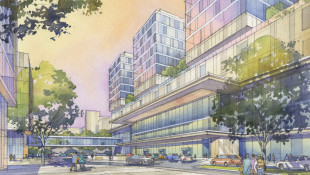 The expanded campus will be located just south of the existing IU Health Methodist Hospital, extending from 16th Street to 12th Street and from Capitol Avenue west to Interstate 65.
Read More