Public safety officials announced Wednesday that the man who carried out a mass shooting this spring at an Indianapolis FedEx facility was motivated by suicide, not racial bias.

On April 15, 19-year-old Brandon Hole shot and killed eight people working at the FedEx Ground Plainfield facility located in the city’s southwest side on Mirabel Road. After shooting the employees -- who ranged in age from 19 to 74 -- Hole shot himself, ending his life. Half of the victims were members of the Sikh community.

Officials from the Indianapolis Metropolitan Police Department and the FBI said at a press conference Wednesday that their investigation into the incident is complete, and Hole committed the crime because he wanted to die by suicide and kill others before he did so. The investigation revealed Hole had suicidal thoughts daily leading up the shooting.

“Unfortunately, sometimes, even after months of deep investigations, not only by us but by our partners, the why is still unknown,” said IMPD Chief Randal Taylor. “In this specific incident, that's something that only the shooter honestly knows, and we know we can't get anything from him.”

Hole was a former worker at the facility, and was known to law enforcement from a mental health-related incident in March 2020, during which authorities seized a firearm from him using Indiana’s Red Flag Law. The law lets law enforcement remove guns from a person deemed dangerous to themselves or others.

But Hole was still able to later purchase two guns which he used to carry out the mass shooting.

Officials said there was no evidence that Hole was angry or upset with the company FedEx or any of its employees, and that he chose the facility as the shooting location because he was familiar with it. Hole considered other targets, but authorities did not divulge what they were.

An analysis of Hole’s computer showed he had viewed some Nazi propoganda, but officials said it was a relatively small amount and do not believe Hole targeted any racial or ethnic groups.

“Only the shooter knows all the reasons why he committed this horrific act of violence,”said Paul Keenan, special agent in charge of the FBI’s Indianapolis field office. “The shooter did not appear to have been motivated by bias or a desire to advance any ideology.”

Officials also revealed additional details about the incident, including that a FedEx employee retrieved a firearm from his car and shot one round at Hole in an attempt to stop him, but missed.

Additionally, authorities said Hole tried to go further inside the facility where more employees were working, but was stopped by physical security barriers.

“Certainly it could have been much worse had he gotten access to the back part of that facility where there were a lot of other employees,” said IMPD Deputy Chief of Criminal Investigations Craig McCartt.

The FedEx shooting led to changes in how the Red Flag law is used in Marion County.

Marion County Prosecutor Ryan Mears was criticized for not bringing Hole before a judge for a hearing related to the 2020 confiscation. Mears later said the law did not give him enough time to present a case related to the confiscation of Hole’s guns. Such a case could have prevented the man from purchasing the guns used in the shooting.

Now, red flag cases filed by Indianapolis police will now come before a judge, instead of the prosecutor’s office.

Tags:FedExred flag lawmass shootingIMPD
Support independent journalism today. You rely on WFYI to stay informed, and we depend on you to make our work possible. Donate to power our nonprofit reporting today. Give now. 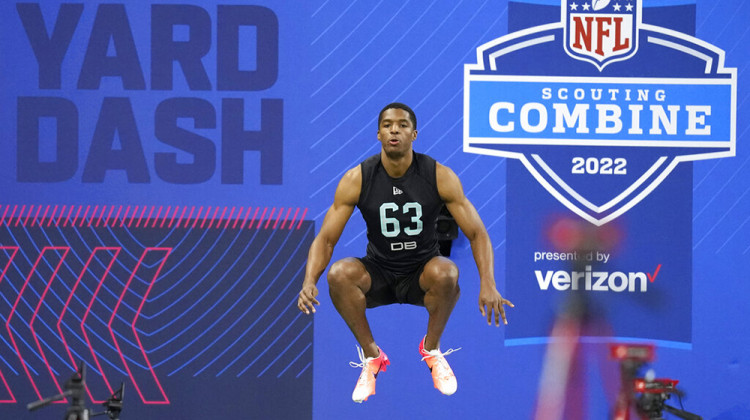