The effort is designed to help young men, specifically ones of color, stay on the right track and close opportunity gaps.

"President Obama is very passionate about this," said Ballard.  "My Brother's Keeper is something that is front and center on his mind.   No question about it."

Ballard believes the initiative falls in line with another one happening in Indianapolis.

Ballard says it’s similar to the city’s Your Life Matters campaign, which launched in March.  Your Life Matters is aimed at curbing violence, particularly in the African American Community, by bringing together community, faith and city groups to come up with solutions and preventative measures.

"We want to be aligned with what the White House is doing because a lot of the really essential stuff is happening," said Ballard.  "We really want to, to be frank with you, to take hold of these young men of color and give them a lot more opportunity than they have had in the past."

Sixty school districts from across the country are joining in on the President’s initiative, including Indianapolis Public Schools.

"Clearly there are at risk kids throughout the city.  IPS has had a number of them also, so we want to make sure they get the opportunity," he said.  "We've got a great relationship with IPS and I think Dr. Ferebee has been doing a terrific job.  He's made a pledge that he is going to work with us.  He's going to do a lot to take care of the kids under his charge, and I think generally speaking that's what he is trying to say.  I'm very happy about all of that."

While Ballard says he is encouraged by the effort, he thinks the solutions will take years to fully develop. 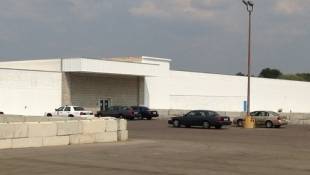 The City of Indianapolis has two weeks to provide a series of documents about the opening of the Regional Operations Center two years ago. The facility shut down last year because of unsafe working conditions. 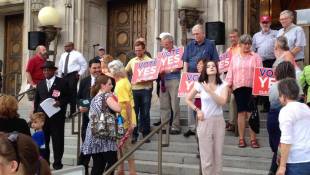 A City County Council Committee is meeting, Tuesday, to discuss a proposed resolution to have Indianapolis Power and Light Company phase out its coal burning sooner. The utility plans to convert two units to natural gas by 2020, but will keep one boiler burning coal until 2034. Those who live near the plant and some doctors say that's too long because of the negative health effects.