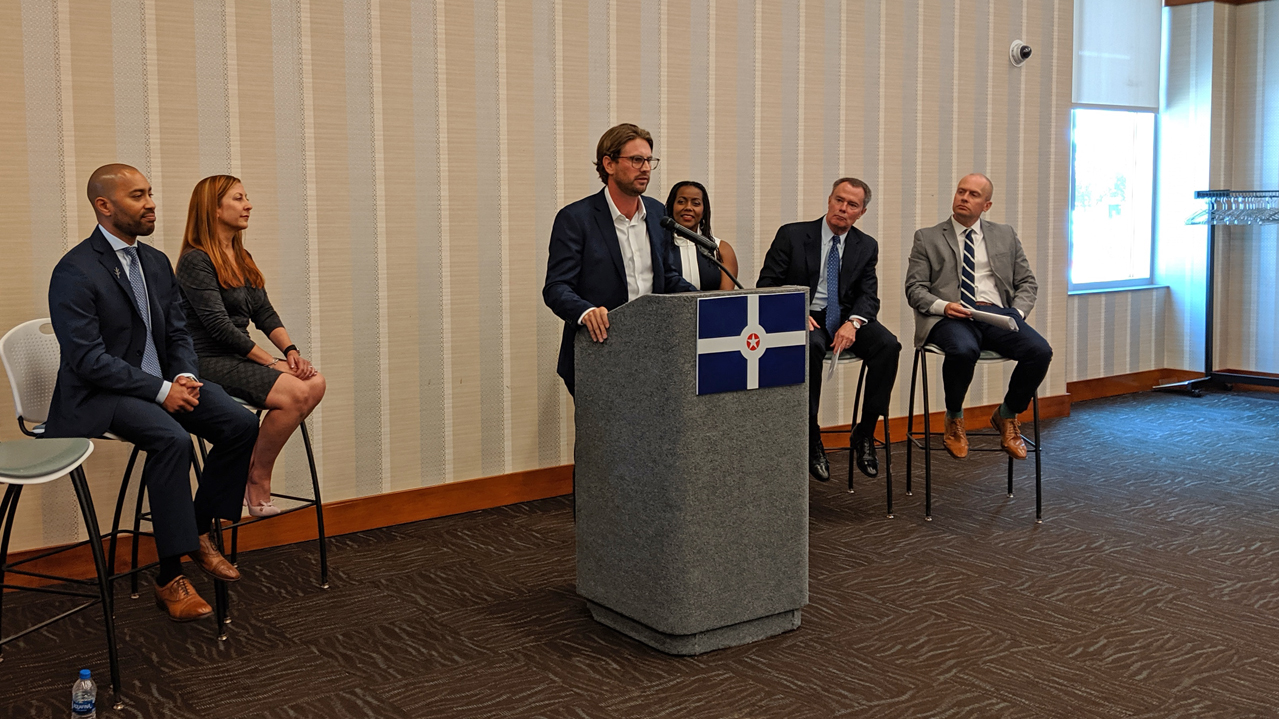 Ian Nicolini, an Indy Chamber vice president, says some of these changes come from research at the Brookings Institution. (Drew Daudelin/WFYI)


Indianapolis Mayor Joe Hogsett announced plans on Thursday to require an $18 an hour minimum wage if a company applies for tax incentives. It's part of a larger plan the administration calls "a roadmap for inclusive economic growth."

Hogsett introduced the set of policy recommendations by noting that while the city has seen significant growth in the last 10 years, poverty has gone up by 80%.

"We cannot celebrate limited prosperity," Hogsett says. "True prosperity in Indianapolis must exclude no one."

Part of the city's plan to address this disparity involves creating new requirements for economic incentive programs. The city says it will only invest in a company's new jobs if it pays at least $18  an hour, provides healthcare benefits, and demonstrates a positive impact on the city.

Ian Nicolini, an Indy Chamber vice president, says some of these changes come from research at the Brookings Institution.

"That really created a business case for why growing a more inclusive economy makes not only moral sense, but makes business sense as well," Nicolini says.

Nicolini says he’s not worried about getting support from the business community, thanks in part to new efforts around job training.

"[Businesses] have challenges accessing talent, and retaining talent," Nicolini says. "We think that there’s an important part that these resources play, and we want to create the kinds of tools that are going to empower employers to help their employees overcome the barriers to job access."

You can read the city's entire presentation on the programs right here.

Some parts of the larger plan, including most tax abatement programs, will require City-County Council approval. But city officials say they’re already in the process to finalize other programs.

Tags:IndianapolisJoe Hogsetttax incentivesIndy Chamberminimum wageeconomic development
Support independent journalism today. You rely on WFYI to stay informed, and we depend on you to make our work possible. Donate to power our nonprofit reporting today. Give now.