An Indianapolis Public Schools Board commissioner resigned today in order to start a nonprofit that aims to offer a single school enrollment system for city schools.

Caitlin Hannon will lead Enroll Indy -- a website for parents to enroll their children in the city’s traditional public, magnet and charter schools with one application.

The Mind Trust, the local school reform group, awarded Hannon its ninth Education Entrepreneur Fellowship, a two-year, $240,000 grant, to develop the system and get Enroll Indy off the ground.

Some parents, Hannon said, are unsure what options they even have.

The Enroll Indy website would be similar to those in other cities that offer a one-application approach, like Denver and New Orleans. Parents would be able to review academic data about schools, rank school enrollment preferences for their children and follow one enrollment deadline.

“You can then, in a scientific perspective, not only assign people what they want based on their preferences but also make sure that families who need choice the most are able to access it,” Hannon said.

The Institute for Innovation in Public School Choice issued a report earlier this year that found IPS enrollment system and efforts by the city and local nonprofits to promote school options still leave parents and others confused. Teach Plus commissioned the a study of enrollment processes for IPS, charter schools and their authorizers.

Hannon equated the so-called “unified enrollment” to the computer enrollment system used by medical schools to match future-doctors with their school preferences. Though Enroll Indy would use specially designed software that would randomly pick students based on their preferences and availability at a particular school.

Hannon said Enroll Indy would also provide a trove of public data on where students choose or want to attend school.

The one-application process could be in use next year to apply for the 2017-18 school year, Hannon said.

Yet no schools have officially agreed to sign on to the program but Hannon will work closely with IPS to develop the system. IPS Superintendent Lewis Ferebee and has voiced openness to a single-application enrollment.

But some charter operators have been less warm to the idea, raising concern that their work to develop successful enrollment process would become equal to schools who struggle to enroll students.

"If you continue to come back to this argument of equity -- will some people have to give up small amounts of freedom to make this work for all kids in the system? Yes," Hannon said. "But I dont think there is anything wrong with that."

Hannon hopes to have 80 percent of Indianapolis charter schools use the system when it begins. Township schools have not been part of the conversation yet, Hannon said, but she will begin reaching out to them.

Hannon was elected to the IPS Board of Commissioners in 2012 and served since 2013. She was Teach Plus executive director since August 2012.

Want To Be The New IPS Board Member?

The board is accepting resumes now to fill Hannon's vacated seat. Here is the timeline, according to a district new release:

Tags:Indianapolis Public SchoolsCharter SchoolsCaitlin HannonThe Mind TrustEnroll Indy
Support independent journalism today. You rely on WFYI to stay informed, and we depend on you to make our work possible. Donate to power our nonprofit reporting today. Give now. 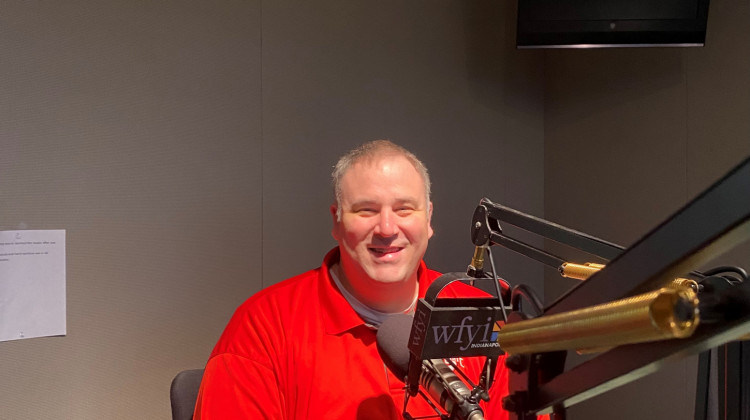 More than 500 middle and high school students will participate this week in the Indiana Bar Foundation’s We the People state competition.
Read More 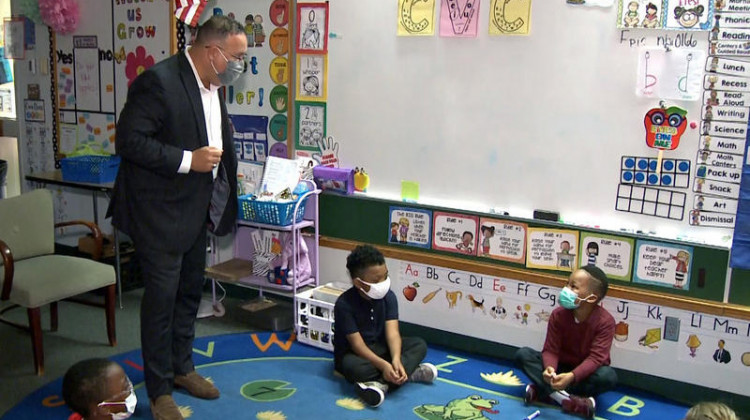