Parents of students at Matchbook Learning at Wendell Phillips #63 went door to door before the 2018 election to campaign for a funding increase for Indianapolis Public Schools. Voters approved the district’s referendum to boost teacher pay — but the school hasn’t seen any of this funding because it is independently managed.

“It was a slap in the face to our parents,” Amy Swann, CEO of Matchbook Learning, said. “They thought it would help their kids. Because we are the boundary school for their kids. And yet their property tax dollars don’t actually come to even help support their kids.”

Now, the IPS Board of Commissioners is considering whether to share some of the $220 million in operating referendum proceeds with charter schools that are part of the district’s innovation network, like Matchbook.

This comes after a dozen leaders of innovation charter schools — which operate independently through special contracts with IPS — asked district leaders in a letter to share the referendum dollars to increase pay for their teachers and help fund programs.

“To deny our schools this funding is to tell the families and students we serve that they don’t deserve the same resources or opportunities as other IPS students and families,” the letter reads.

Even though they are considered part of IPS, innovation charter schools do not directly receive referendum or other property-tax revenue. Some of the schools do receive benefits from property taxes, such as district-provided facilities, transportation and other services. Charter schools in Indiana do not typically get local funding from property taxes. They are funded by the state’s per-student funding formula and are eligible for an additional per-student grant.

Innovation schools are considered part of IPS by the state, and their enrollment and test scores are counted as district data. But the schools set their own schedules and academic curriculum, and their teachers are not covered by the union contract. Educators who work directly for innovation schools are not included in the pay increase for IPS teachers that was approved last week.

More than 20 IPS innovation schools also have charters, which requires them to provide services such as special education.

A public discussion about whether the IPS district should share the property-tax funds is expected soon.

Last month during a work session of the IPS Board of School Commissioners, President Evan Hawkins requested the district provide the commissioners with information about the referendum funding.

“This body has repeatedly heard from community members —  mainly parents — that this is an important issue for them, as well as the students in IPS,” Hawkins said.

Hawkins emphasized that students enrolled at innovation schools that operate under the name of a charter organization are “in fact IPS students.”

“We have a lot to consider regarding how we rebuild stronger as a community, and getting clarity around this issue will allow us to keep moving forward and focus on our collective future,” he said.

Why innovation schools want this funding

The tax levy is in two parts: $220 million for general operating expenses raised over eight years, and $52 million in capital improvements, which pays for building infrastructure and security upgrades.

Innovation schools within an IPS facility have benefitted from the capital referendum funding. But innovation charter schools have not received operating referendum funds, which could be used to increase teacher pay.

IPS charter school partners like Christel House Indianapolis, have advocated for IPS to share its referendum funding for nearly two years. Christel House's January 2020 contract with IPS to operate at Manual High School was the first time the district included language that would allow a charter to receive referendum funds if the commissioners approved it.

There is a statewide gap in funding because charter schools serve a greater percentage of students of color, but don’t receive local property tax revenue. In October 2020, the Center on Reinventing Public Education released a report that found Indiana schools predominantly serving students of color receive roughly $1,600 less in state and local funding for each student than predominantly White schools.

The study, which was commissioned by the Richard M. Fairbanks Foundation, also found that the IPS referendum exacerbated the problem. Before it passed, the gap in total revenues between IPS and charter schools was $5,731 per student. In 2019, the funding gap increased by 28 percent to $7,236 per student.

Updated Nov. 4, 2021: This story was updated to provide further explanation of the type of services innovation schools may receive from Indianapolis Public Schools.

Tags:Innovatin schoolsIndianapolis Public SchoolsMatchbook LearningChristel Houseproperty taxesSchool Funding
Support independent journalism today. You rely on WFYI to stay informed, and we depend on you to make our work possible. Donate to power our nonprofit reporting today. Give now. 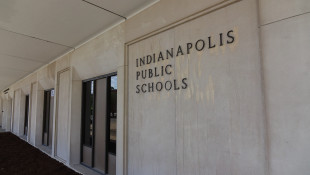 IPS teachers are getting a 3% pay raise this year

The Indianapolis Public Schools Board of Commissioners approved a raise for teachers Thursday evening. The new two-year collective bargaining agreement includes a roughly 3 percent increase in pay for the current year and a 3 percent increase next academic year. 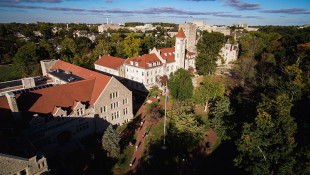 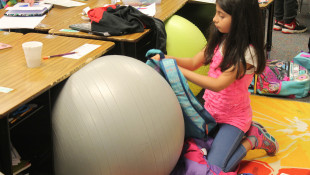 As some parents and other activist groups campaign against the use of social emotional learning – or SEL – concepts in schools, experts say that’s contributing to the spread of misinformation.