Indianapolis Public Schools Board approved a $28,000 performance-based bonus for Superintendent Lewis Ferebee at Thursday's board meeting.

The additional pay is based on an annual review of Ferebee’s performance by the IPS Board. The school commissioners unanimously approved giving Ferebee 80 percent of a possible $35,000 of performance-based pay for meeting 11 predetermined goals in 2016-2017 school year.

Last year Ferebee was awarded a $26,999, or 77.14 percent of the maximum amount of performance-based pay, for meeting goals. 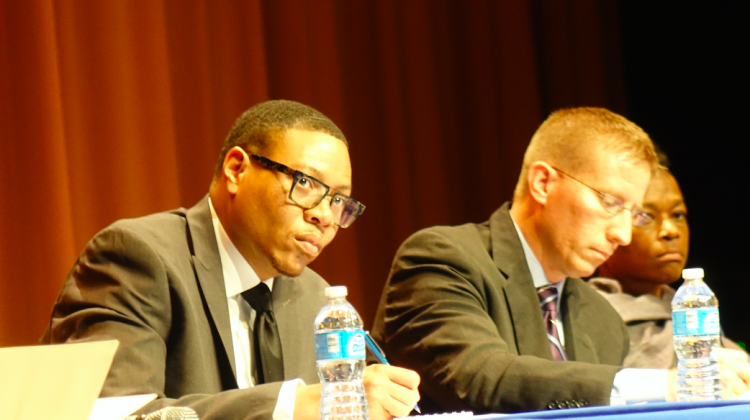 As part of the board approval, Ferebee received a base salary increase of 2.24 percent, or $4,701, for a new base pay of $214,581. The increase, combined with district retirement contributions and a monthly $1,000 automobile allowance, brings Ferebee's annual compensation to $286,769.

The salary increase is retroactive to July 1, 2017.

But last year the IPS board approved a new contract that increased the performance pay to a potential $35,000. That contract also provided a 6 percent raise.

The performed-based bonus for the superintendent comes just days after the school board approved a new teacher contract that included an average raise of $1,019 or 2 percent for most teachers who had not received a negative evaluation this year.

Teachers at the top run of the IPS pay scale, meaning those who may have worked for 20 years in the district, were eligible for a one-time stipend, not a salary increase.

This year the IPS district earned a D on the state's A-F accountability scale.

These were Ferebee's performance goals for 2016-17:

Tags:Indianapolis Public SchoolsLewis Ferebee
Support independent journalism today. You rely on WFYI to stay informed, and we depend on you to make our work possible. Donate to power our nonprofit reporting today. Give now.