Is Indiana Moving Away From Monetary Bail?

Most people facing criminal charges in Indiana can await their trials outside of jail – if they have the ability to post bail. Indiana’s Constitution defines bail as monetary, but a state Supreme Court rule will move away from that longstanding practice and allow counties to release some people without requiring a bail payment.

The rule is already in practice as part of a pilot program in several counties and will eventually go statewide. Some say it’s the first step toward significant bail reform in Indiana.

Criminal Rule 26 asks counties to consider risk instead of money

Juard Barnes knows firsthand how sitting in jail for a few months can impact a person’s life.

“I lost my apartment in that time period,” Barnes says. “So many things was lost, credibility was lost, opportunities to make money were lost.”

He was behind on child support when officers put him in jail and had to come up with $3,000 bail to be released. Barnes was able to scrape together the money with the help of his brother but says many people in Indiana don’t have that ability.

Barnes is part of the Indianapolis Congregational Action Network, which has been pushing for bail reform for years. He’s applauding the Indiana Supreme Court for its work on issuing a rule last year that will lead to changes across the state.

The new guidelines for bail in Indiana are outlined in Criminal Rule 26 and urge counties to consider someone’s risk when determining their pre-trial release instead of focusing on money. The goal of the rule, in part, is to “eliminate the unfair and often protracted incarceration of poor people who don’t have the resources to purchase a bail bond or pay a bail deposit.”

“So we’re trying to get more information to judges to make more informed decisions at the time of pre-trial release, that it doesn’t just come down to if they’ve got the funding so that low-level violent offenders won’t serve significant time pretrial before they’re convicted,” says Chief Justice of the Indiana Supreme Court Loretta Rush.

Several counties across the state are already putting the rule into practice through a pilot program, including Bartholomew County.

Maus’ department typically works with people after they’re convicted of a crime, but is now also doing pre-trial risk assessments to determine whether monetary bail should be required in each case. They’ve even trained officers in the jail to help do some of the assessments as soon as someone comes into custody.

“We have two staff members we hired who will actually do another risk assessment and report for the court so that when the person goes to court for the very first time the court has some information about their risk, their offense and can make some decisions and then we have some guidelines that help the court and the prosecutor and the jail make all those decisions,” Maus says.

The new system means someone who committed a low-level offense, doesn’t pose a risk to the community and is likely to show up for court appearances may no longer have to pay money to be released from jail before trial. And Bartholomew County Superior Court 2 Magistrate Joe Meek says that’s a good thing.

“If you leave a low-risk person in jail for 24 hours around other high-risk people, their risk to commit a new crime during the pretrial period goes up,” he says. “So, the sooner you can get a low-risk person out of jail, the better.”

Meek says money shouldn’t dictate whether somebody sits in jail and Criminal Rule 26 really asks counties to go back to how bail is supposed to be used.

But money is also why there’s been some pushback about expanding the rule statewide, which was originally supposed to happen in January. The Supreme Court and state legislature pushed the implementation date back until 2020 so there’s more time to gather data from counties who are participating in a pilot program.

Many counties use cash bail to help fund their probation departments and cover court costs. That’s the case in Monroe County, which is also part of the Criminal Rule 26 pilot.

Chief Probation Officer Linda Brady says she got grant money to help with the additional costs associated with providing more pre-trial services and assessments. But that money isn’t guaranteed long-term.

“The state needs to step up with some money for this because with pretrial you don’t have the money bail, there isn’t going to be the user fee collection that we’re used to and we’ve kind of developed in Indiana,” Brady says.

Starke County also got a grant to help cover the costs of pre-trial services associated with the pilot program. Pretrial Service Officer Chuck Phillips says he’s already noticing differences in the short time the changes have been implemented here. The recidivism rate is down and only about 3 percent of people fail to appear for court, which is low for Starke County. They got a special grant from the Supreme Court to hire a part-time public defender to help with the implementation of Criminal Rule 26 here.

But, Phillips worries about the long-term sustainability of the program because of the additional staffing and training required.

“There’s going to be some hiccups there and it’s going to boil down to the dollar sign you get from the state,” Phillips says.

And some question whether the rule is necessary at all. Vanderburgh County Prosecutor Nicholas Hermann says he’s worried it could be applied too broadly, resulting in some people being released from jail who shouldn’t be.

He says there’s already pressure to quickly move pretrial detainees out of county jails because of widespread overcrowding, so he doesn’t think anyone in Vanderburgh County is behind bars simply because they can’t afford bail.

“It’s gotten to the point where judges are taking that into consideration on their bonds,” he says. “They’re setting the bonds lower. When someone’s in for a week or two they lower them even more just because we don’t have enough physical space to house them.”

“We’ve seen issues with risk assessment tools in the country not only how good are they but also questions about race and gender neutrality,” Clayton says. “Because Indiana’s tool uses demographic factors I think it’s probably vulnerable to challenge.”

But Barnes says the Supreme Court’s rule is a good first step in moving away from a monetary bail system altogether. And while it may cost counties some money upfront to implement the changes, he says it’s worth the long-term payoff.

“What these counties are going to find is that if they implement a positive, comprehensive criminal justice reform process, it’s not going to cost them as much as putting people in jail.”

Tags:Bail reformIndiana Constitutioncriminal justice
Support independent journalism today. You rely on WFYI to stay informed, and we depend on you to make our work possible. Donate to power our nonprofit reporting today. Give now. 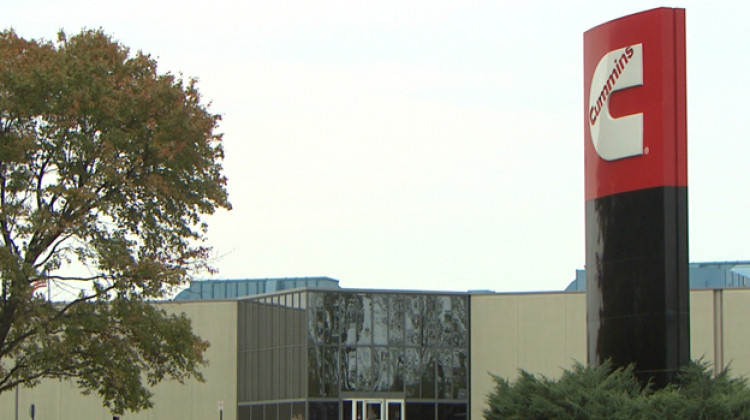 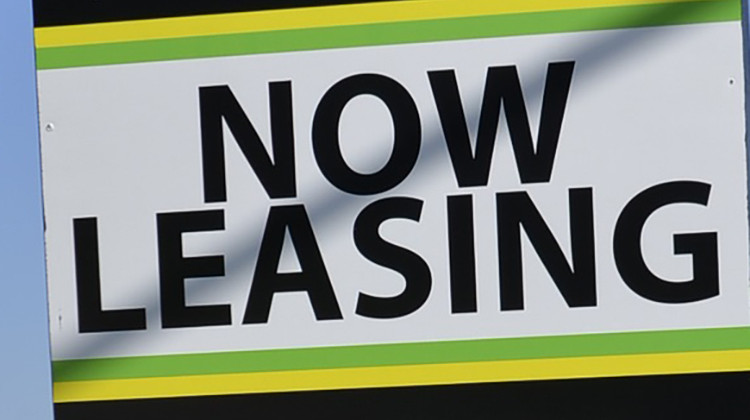 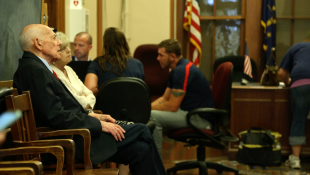 Under state law, it is up to judges to select the licensed mental health professionals who will examine a defendant.