Indianapolis City-County Councilor Jeff Miller pleaded guilty Wednesday morning to four felony counts of battery on a person less than 14 years old. He also resigned from his position on the council, effective immediately.

Miller, a Republican who served District 16, was charged in late 2017 with three counts of child molestation. The charges came after two girls, both 10 years old, told police during witness interviews that Miller touched them inappropriately.

The charges against Miller were lowered since then, after a special prosecutor took the case.

Miller stayed on the council after a number of colleagues asked him to resign, including State Sen. Jim Merritt and the council's Republican Minority Leader Michael McQuillen.

Councilors then worked to strip Miller's power, removing him from three committees and from the GOP caucus.

Sen. Merritt, also Chair of the Marion County Republican Party, reacted to the news in a statement sent Wednesday afternoon.

“While Miller's resignation will not undo the harm he inflicted on his victims, it is the right thing to do," Merritt says. "Public service is public trust, and Miller's behavior is unacceptable, which is why we called on him to resign months ago."

Council President Vop Osili says he respects Miller's decision to resign, adding in a statement that Miller’s service will be remembered for his "tireless advocacy for his constituents, and the true passion he brought to serving Indianapolis."

Miller's letter of resignation is below: 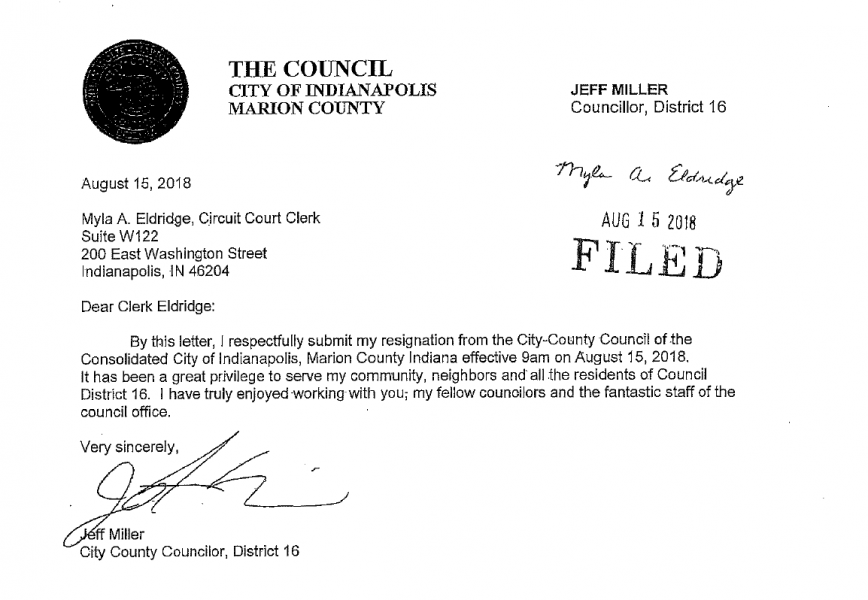 Tags:Jeff MillerIndianapolis City-County Councilresignation
Support independent journalism today. You rely on WFYI to stay informed, and we depend on you to make our work possible. Donate to power our nonprofit reporting today. Give now. 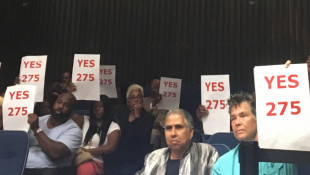