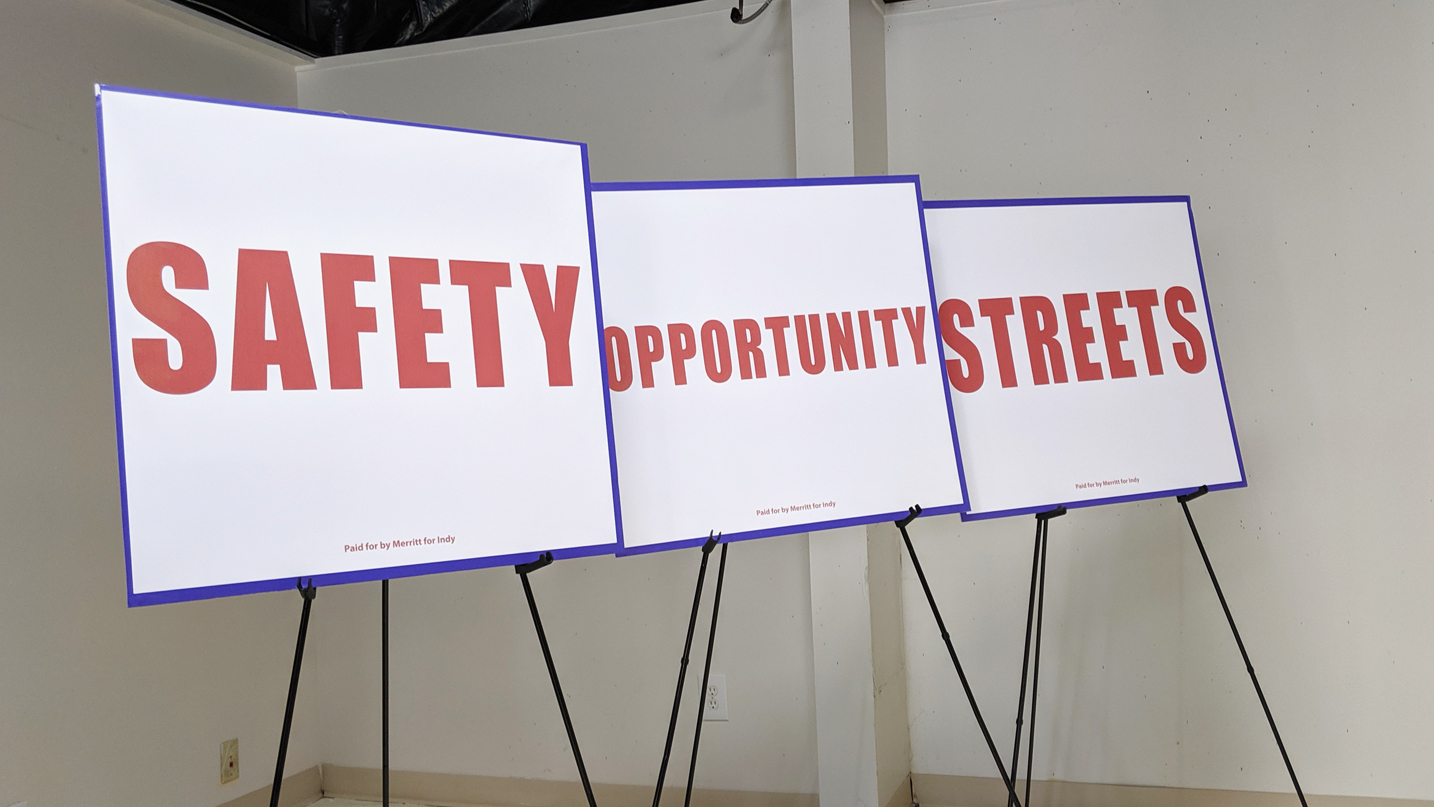 Merritt says as part of the 'Safety' part of his plan,  (Drew Daudelin / WFYI)


Jim Merritt is the Republican candidate in the race for mayor of Indianapolis. At a Thursday press conference he announced his plan to address violent crime and public safety, a topic that quickly emerged as a central talking point of the election.

"There is no other issue more important than public safety," Merritt says.

It’s called the 'SOS' plan, which stands for the three things Merritt says he'll focus on to address crime in the city: Safety, Opportunity, and Streets. Thursday morning he talked about safety.

Merritt says his first action if elected would be to appoint a deputy mayor to focus entirely on public safety, and give them direct authority over emergency management and the police and fire departments.

"This position will provide strategic direction to the departments and will serve as a focal point, a key focal point, in my administration as mayor," Merritt says.

He says he would also work on growing IMPD's police force, a promise current mayor Joe Hogsett has had trouble fulfilling.

"The fact is that new hires have barely kept pace with the retirements," Merritt says. "We must address this issue with more creative recruiting, better training and better equipment for our police officers."

Merritt emphasized this point by saying many IMPD officers "have 10 year old cars that have more than 100,000 miles on them." He did not have specific details on how his administration would pay for these new efforts.

"Law enforcement is about $700 million of the budget," Merritt says. "We will put all of the tools of governance on the table. Anything from using new tools to technology, to the idea of bonding, everything is on the table because we have to do this."

Merritt says he'll outline the other two components of the 'SOS' plan – opportunity and streets – in the coming weeks.

Tags:Jim MerrittIndianapolismayoral raceelectionJoe Hogsett
Support independent journalism today. You rely on WFYI to stay informed, and we depend on you to make our work possible. Donate to power our nonprofit reporting today. Give now.

Three property owners with land along northwest Indiana's Lake Michigan shoreline have asked the U.S. Supreme Court to undo a 2018 ruling by Indiana's high court which declared that the shoreline is owned by the state for the public's enjoyment.
Read More