A federal judge issued a preliminary injunction Friday ordering a central Indiana middle school to allow a transgender student to have access to the boys restroom.

The order issued by U.S. District Judge Tanya Walton Pratt requires John R. Wooden Middle School to allow the seventh-grader identified only as A.C. to have access to the restroom while litigation continues.

Pratt cited Title IX of the Education Amendments of 1972. Title IX protects people from discrimination based on sex in education programs or activities that receive federal financial assistance.

“The overwhelming majority of federal courts — including the Court of Appeals for the Seventh Circuit — have recently examined transgender education-discrimination claims under Title IX and concluded that preventing a transgender student from using a school restroom consistent with the student’s gender identity violates Title IX. This Court concurs,” Pratt wrote in her ruling.

The American Civil Liberties Union of Indiana and Indiana Legal Services filed a lawsuit against the Metropolitan School District of Martinsville in December 2021, on behalf of the transgender student.

“The law is clear: denying transgender students their right to use the correct restroom is discrimination,” Stevie Pactor, an ACLU of Indiana attorney, said in a statement. “We hope that public schools and legislators will take notice and forgo future challenges by providing equal treatment to all students.”

“We are happy that, with this order, our client will have the same opportunities as his peers to learn, grow, and succeed at school,” Megan Stuart, an attorney for Indiana Legal Services, said in the statement. “His worries should be about things like homework and friendships, not whether he can use a restroom.”

Tags:trangenderLGBTQ rightsMartinsvilleTitle IX
Support independent journalism today. You rely on WFYI to stay informed, and we depend on you to make our work possible. Donate to power our nonprofit reporting today. Give now. 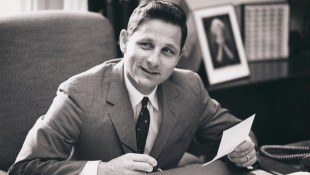 Birch Bayh was a man of civility and optimism who worked in the "Golden Age" of the U.S. Senate, an era of bipartisanship and progress. From the fall of Kennedy's Camelot, through the war in Vietnam, to the Civil Rights...